A Top 5 of Living Female Artists?

We're almost at the end of the Phoenix 'isms' classes (previous posts here, here and here). In this second batch of five sessions Nicci has done a great job of presenting 20th and 21st century art by themes - gender, identity, the gaze, vanitas, momento mori, and so on - rather than by art movements ('isms'). We also focused on some favourite individual artists including Frida Kahlo, Nan Goldin, Yoko Ono, Lucian Freud, Andy Warhol, Rachel Whiteread, Paula Rego and Peter Blake.


In week 4 we also looked at Cindy Sherman and debated the claim that she is the greatest living female artist. I'm a sceptic and started to think about the competition. As a result I've come up with the following Top 5 female living artists as follows (in no particular order and using the usual criteria of - influence on others, subjective judgement, personal prejudice, etc): 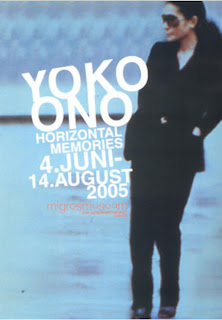 1 - Yoko Ono - Hugely influential artist working in a number of media. Her involvement with John Lennon led many people to become aware of and investigate modern art (me included).


2 - Jenny Saville - Real painter of women in the tradition of Francis Bacon and Lucian Freud (and Picasso and Rubens?) with a distinctive and visceral style.


3 - Paula Rego - An artist who tells stories using a variety of different, but recognisable, styles, normally in pastels. Her images are often animalistic - a feminist artist who produces unsettling work. (See this facebook page for further Rego images - thanks Ernesto).


4 - Tracey Emin - A member of the YBAs, she has transcended this and shown herself capable of producing a range of impressive work including installations, paintings, neon, and use of fabrics (and more) which is largely autobiographical.


Finally, at joint No.5 (cheating here) - Bridget Riley - the queen of Op Art, who has consistently taken the form in new directions from the 1960s to the present time; and Elizabeth Fritsch - a studio potter whose work is perfection (and is often influenced by music, painting, and architecture). 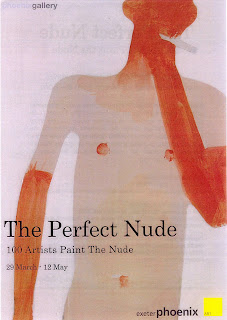 In the final week of the 'isms' course we're getting an early look at The Perfect Nude exhibition, which runs from 29 March to 12 May at the Phoenix. A hundred artists have been invited to make paintings on the theme of The Perfect Nude. The aim is to "create a rich network of images that will establish a context for representation of the body in contemporary painting". Should be interesting. 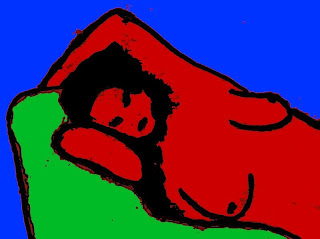 The picture above is not from the exhibition, of course - it's an output from the life class I attended last year - far from Perfect, but I like to think that the subject would hit it off with the guy in the flyer above ...


Finally, if you're looking for an online Modern Art History course, why not take a look at this one which does an excellent job of covering the development of art from the late 1800s to the 1960s, with plenty of examples and lecture slides. You can also read further in the book chapters referred to throughout (History of Modern Art by Arnason - a big and expensive book, but more reasonably priced secondhand copies of older editions are plentiful).

Several weeks ago I visited the Exchange Gallery in Penzance, where they are showing George Meyrick's Simple Matters installation until the 14th April. 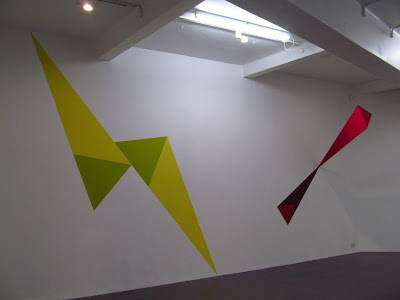 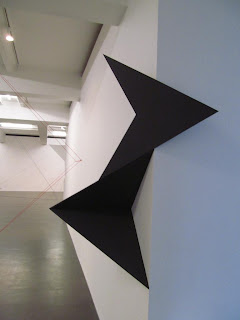 The Exchange says that 'Meyrick revisits and reworks the simple triangle; sculptural versions intersect corners or emerge from the surface of walls, while others are combined with flat wall paintings'. 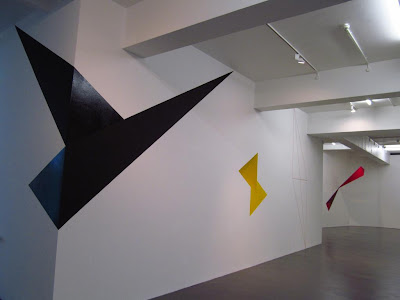 Two dimensional photos can't really do justice to showing the way that the works 'evolve' over the positive corners of the gallery. 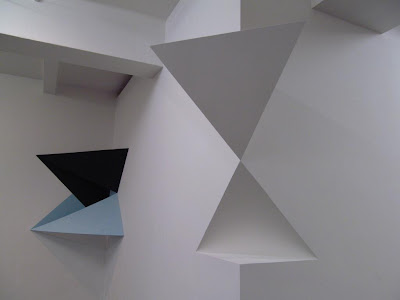 Moderately interesting ... but it didn't immediately seem particularly new or original to me (at first I couldn't stop thinking of oversized origami). 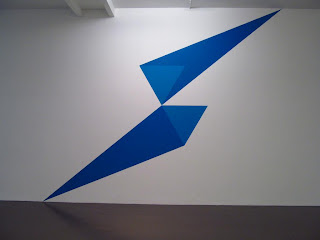 However, Meyrick cites the constructivists and the minimalists as influences - and this piece by Fiona Robinson does a better job of putting his work into context than the notes provided by the Exchange. It makes the work seem more intriguing. 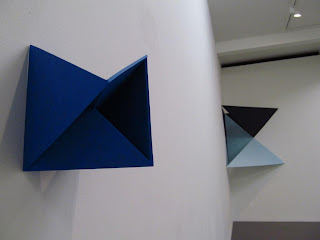 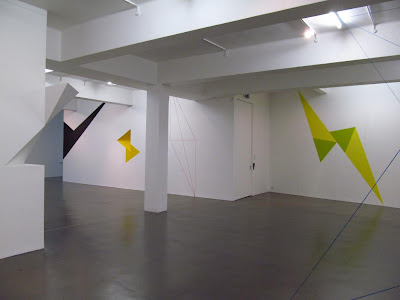 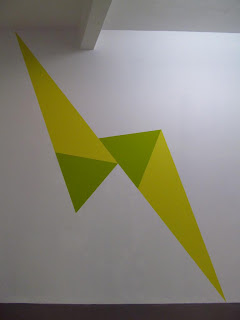 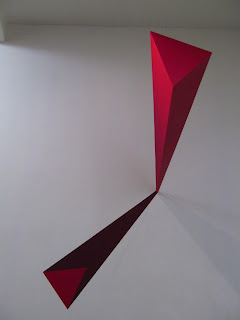 Some of the most interesting pieces are those which include spaces that are drawn with coloured cord, as below. 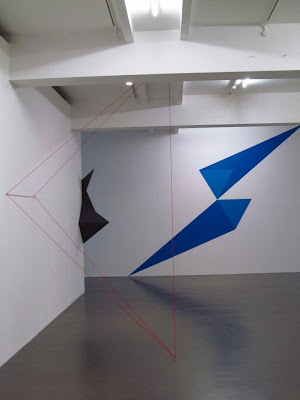 Why not go along and judge for yourself? (free until April 14th) 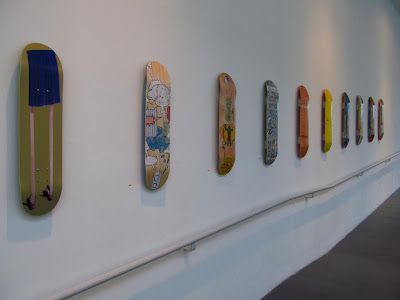 Also showing in February (but now finished) was this exhibition of artist-designed skateboards. They'd run out of information sheets - so that's all I know. Pretty cool boards though. 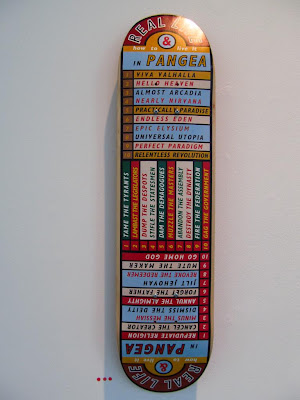 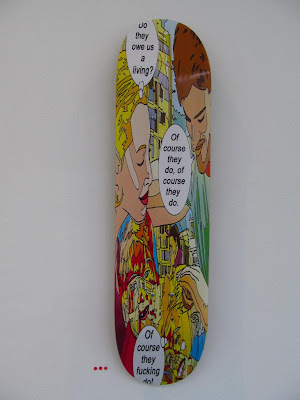 I keep intending to write about exhibitions I've attended recently but ... instead, prompted by the discussions we've been having at the Phoenix Ism's group, I thought I'd do a "best-of" or "most popular" top ten list for 20th century artists. Nerdy or what? The first couple are easy enough but from then on it becomes more than a bit subjective - so, basically, I've taken the key factors as originality and continuing influence (and some personal prejudice). This is what I came up with:


3 - Andy Warhol - Innovator and hugely influential in a range of media.


5 - Henri Matisse -  A large variety of modern work including cutouts. Copies of his prints are still hugely popular.


9 - The Constructivists - I'm cheating here, counting the constructivists as one - but they would have understood. Literally, a revolutionary approach to graphic design.


10 - The Brits: Blake/Hockney/Hamilton/Bacon/Freud/Riley/Emin - Cheating again: I'm a huge fan of each of these but it would be unrealistic to place any one of them in the top ten - wouldn't it?


Anyway, that's it - Not very satisfying as it leaves out so many great artists (whole movements in fact): Braque, Cezanne, Kandinsky and the Blue Rider, Modigliani, Hopper, Frank Stella, Lichtenstein and the other pop artists, Man Ray and the surrealists, the Expressionists, Paula Rego, the St Ives artists, performance artists from Beuys to Yoko Ono, and so on ... And Dali at number 4? ... Oh well
Posted by Steve at 01:21 No comments:

Death of Dory Previn + Beyond the Valley of the Dolls

I was sad to hear of the recent death of Dory Previn. In the early 1970s I was sharing a house with a bunch of other people, including my friend Ged who introduced us to her work. 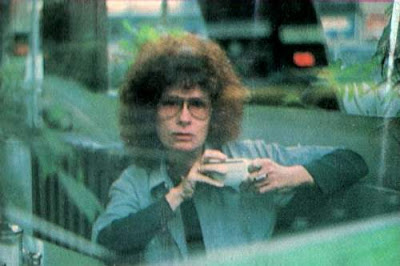 Dory was married to Andre Previn but had a lot of issues: Her catholic upbringing, difficult relationships with her father and alcoholic mother led to mental health problems, which persisted throughout her marriage. Nevertheless she was a talented lyricist working with Andre, particularly on film scores. Her greatest success was probably the haunting theme to the Valley of the Dolls which was a big hit for Dionne Warwick in a rerecorded (due to contractual restrictions) Burt Bacharach version.

Although Andre had been supportive of Dory throughout her problems in the 60s, he eventually left her for Mia Farrow. In the absence of Andre to write the music, Dory developed her own compositional abilities and produced a string of witty and confessional albums which recounted the problems that she had encountered in her life. At a time when the writings of RD Laing, singer/ songwriters, and the women's movement were all increasing in popularity, the albums - On my way to where; Mythical kings and iguanas; Reflections in a mud puddle; and Mary C Brown & the Hollywood sign - were pretty successful. 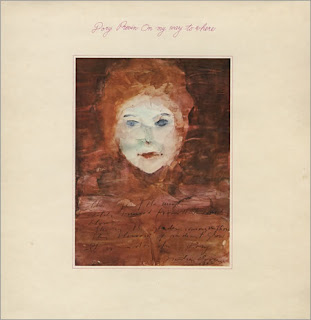 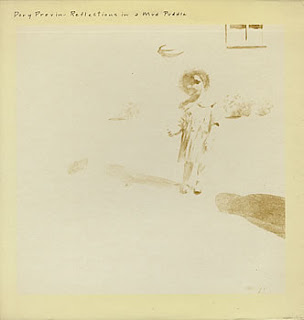 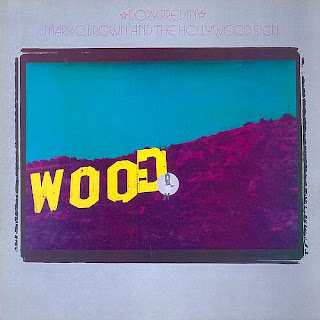 After her success in the 1970s, Dory dropped out of the public eye, although she produced two autobigraphies: Midnight Baby (1976) and Bog-trotter: An Autobiography with Lyrics (1980). She died on 14 February 2012, aged 86. This is a live version of a personal favourite from my favourite CD, Mythical Kings and Iguanas (but check out the CD/download version which is stronger):

The Valley of the Dolls movie starred Sharon Tate and the film was based upon Jaqueline Susann's bestselling novel about the careers of three women in New York show business. 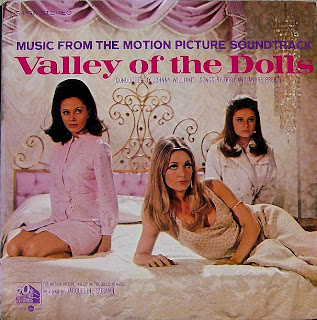 The Dolls in the title refers to 'downers' - pills taken to get them through the day. To quote pHinnweb, in the movie "there were some great moments such as the tasteless decorations with glaring colours and some 60's pop-style montages with coloured filters; also various ultra-hilarious scenes of unintentional humour ... Sometimes it felt like an unintentional parody, though it was obvious it wasn't meant so." 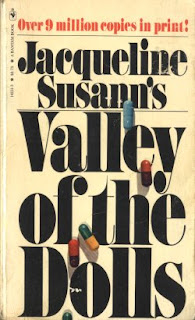 In 1969 Sharon Tate - the wife of Roman Polanski - was brutally murdered by Charles Manson and his 'family'. For an account and a dose of related conspiracy theories take a look at this piece by pHinnweb, entitled Rosemary - The connection between Mia Farrow, Sharon Tate, Charlie Manson and the Beatles. 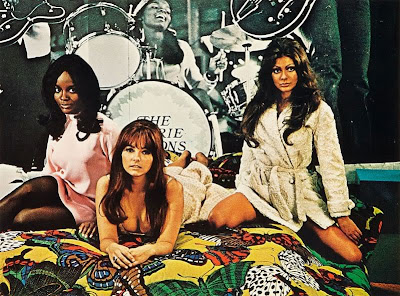 In the 1970s Russ Meyer directed, with a typical lack of restraint, an actual parody of the original in Beyond the Valley of the Dolls. Wikipedia describes it as schlock melodrama and a cult movie, which is pretty accurate. 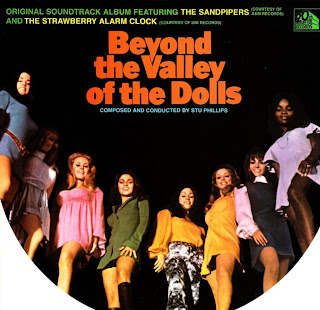 I saw it when it was released at the cinema and again, more recently, on TV. It is an amusing romp which evokes the spirit of the time (in LA movies at least).

It's available on DVD. I'm glad to say that Dory Previn's output is also available on CD.
Posted by Steve at 18:23 2 comments:

During the past few weeks I have attended a whole load of art exhibitions, including those trailed in previous posts. I hope to catch up with some blogging about these exhibitions shortly. 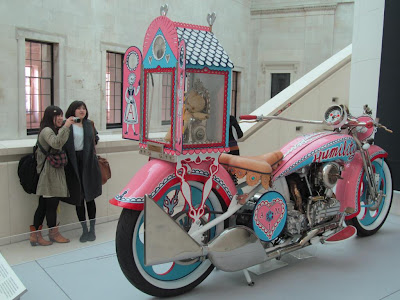 Meanwhile, however, here are links to some excellent recent art blog posts: First some photos of Max Ernst (and Dorothea Tanning) working and relaxing in various locations, and of his sculptures - featured in the book Max Ernst: Sculptures Maisons Paysages and in the blog Mondoblogo. 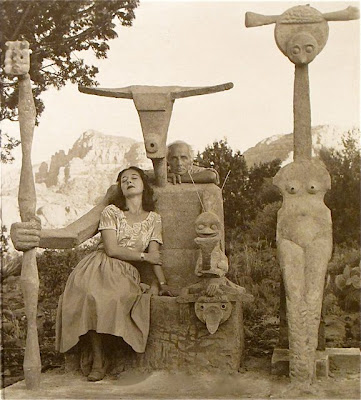 More photographs: This time of Frida Kahlo from the exhibition at Artisphere (Virginia, USA) as reported in the What's up! Trouvaillesdejour blog. The facsimile photographs come from the collection of the Frida Kahlo Museum, Coyoacán, Mexico. 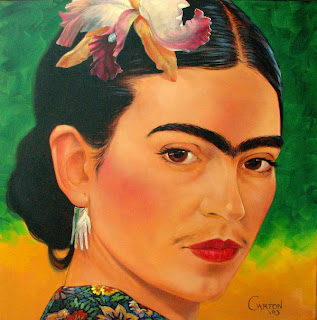 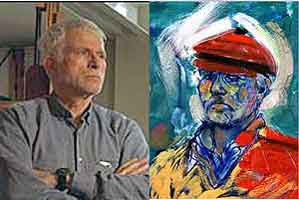 And a postscript: In our art history group at Exeter Phoenix last week we covered a lot of ground (as ever) - mainly on interpretations of the body in art in the first half of the 20th century. One of the examples we considered was Man Ray's iconic Le Violin d’Ingres. Here is that picture, together with the 'originals' by Ingres.

Davy Jones of the Monkees sadly died on Wednesday 28 February - after suffering a heart attack. 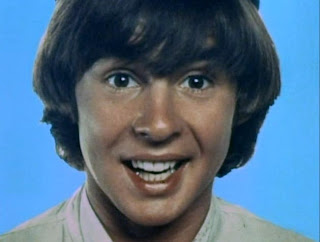 Although Mickey Dolenz was the star of the show when we saw the Monkees earlier this year at Plymouth Pavilions, Davy was always the most popular with the fans and seemed to be thoroughly enjoying being back on tour with the band (or at least with three quarters of it). 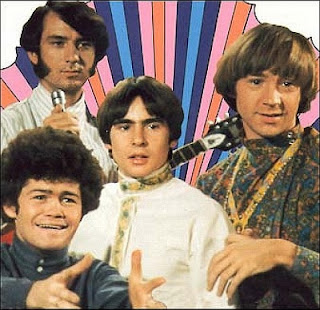 Apart from being one of the two frontmen in a group that rivalled the Beatles for popularity during the Monkees' most successful years (those of a certain age will remember the recurring headlines in the music press during 1966/67 reporting a supposed Oasis/Blur style rivalry); he will always be remembered for his vocal on the perfect pop single: Daydream Believer.

For an interesting piece about Davy, Frank Zappa and the Monkees' movie Head take a look at the Sparks in Electrical Jelly blog. My post about the Monkees' performance at Plymouth Pavilions in May 2011 can be accessed here.
Posted by Steve at 02:29 No comments: