Phillip Henry and Hannah Martin played the Exmouth Festival in Manor Gardens on Sunday afternoon. There was a big crowd - mainly families - in the gardens enjoying the good weather. The couple did a short set but, surprisingly, stuck mainly to slower material and did not make much concession to the audience which was busy chatting, eating, playing etc. As a result it was only towards the end of their set when they changed gear to more lively stuff that they really engaged the crowd - which was a pity. 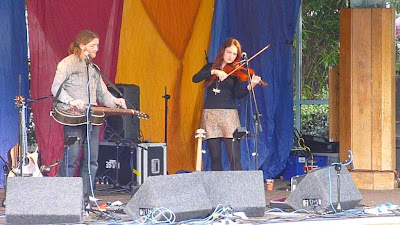 They played again at the Grapevine later in the evening - where the audience should be more ready to listen to Henry's spiritually-based dobro and Martin's mournful ballads. Here is a taste of their more upbeat final number on Sunday afternoon.


And don't forget their excellent new album 'Singing the Bones'. 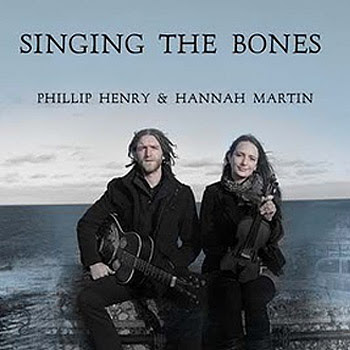 In contrast, Phillip and Hannah were followed by the Paul Strange Quartet - described accurately as a 'Hammond-led 60's groove band'. They delivered lively versions of well-selected material including the Boxtops' 'The Letter' and Steely Dan's 'Reeling in the Years'. The crowd loved it. 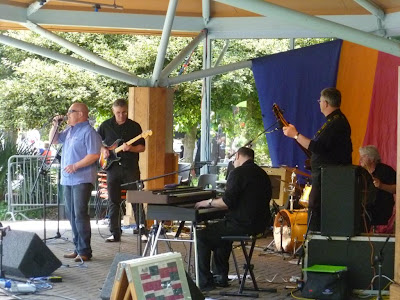 Blessing of the boats at Teignmouth

On Saturday, as part of the Teignmouth Riverbeach and Harbour Festival, local priests carried out the traditional 'Blessing of the Boats'. In a light drizzle a short open air service was conducted with two hymns including the navy hymn, 'For those in peril on the sea'. The culmination was, ironically, the application of Holy Water to the closest of the small group of boats assembled at the dock. 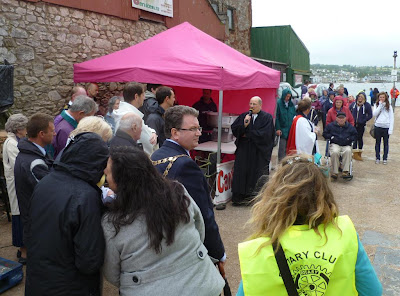 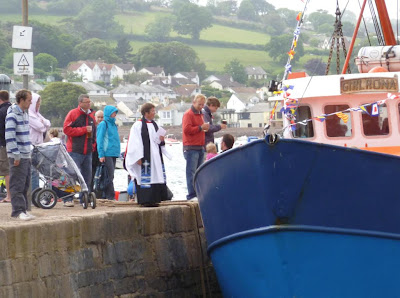 On the nearby wharf, as part of the festival's activities, local kids had the chance to try their hand at using spray cans to produce graffiti art, tutored by more experienced artists. Demonstrating the immediacy of this art form, one of the most extraordinary pieces of work was a portrait of Gil Scott Heron, the Godfather of Rap, who died earlier in the day. 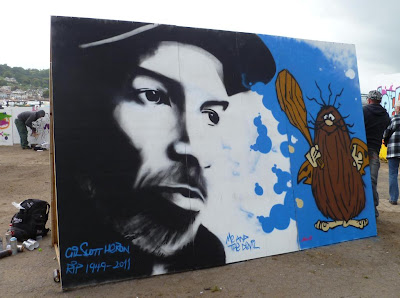 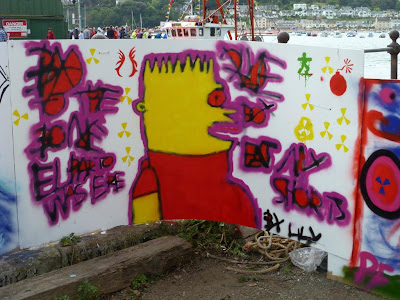 From the Jam at Barnstaple

On Friday, Bruce Foxton's 'From the Jam' played a blinding gig at Barnstaple's Queens Theatre. The audience were mainly your standard 40 and 50 something males - short hair, neatly dressed, polo shirts but with also a small number keeping the faith in sharp mod shirts and shiny shoes. 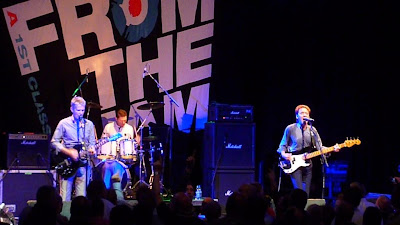 Bruce Foxton hardly looked his 55 years - He banged out the familiar Jam bass lines like a crazed automaton on speed, suited and booted, and occasionally leaping in the air like he did 30 years ago. 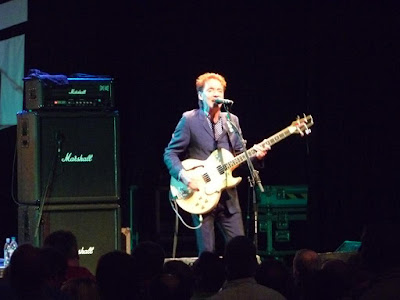 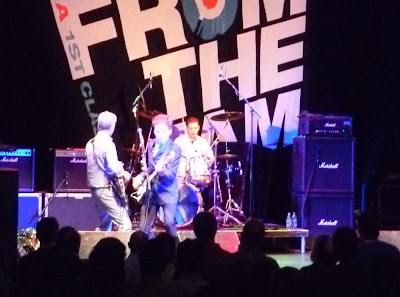 The audience loved the material, loved Foxton and were egged on by Hastings. Foxton's bass playing was pumped-up and faultless, and Hastings delivered Weller's songs perfectly. 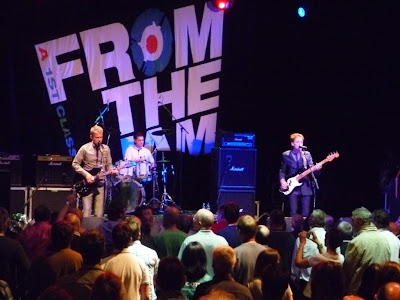 All too soon it was time for encores ... Down in the tube station at midnight, Going underground, Start, and more. Probably just as well that it all had to finish in the end, though ... All that pogoing is not good for 50 year old hearts - But it was definitely a great night for everyone who was there.
And here is the real thing - including a glimpse of Poly Styrene and an introduction by Tony Wilson (both now dead):
Posted by Steve at 03:05 No comments:

Email ThisBlogThis!Share to TwitterShare to FacebookShare to Pinterest
Labels: Bruce Foxton, From the Jam, Gigs, The Jam

The Monkees at Plymouth Pavilions: I'm a believer

A great gig by the Monkees at Plymouth Pavilions on Monday - Previous tour dates had received lukewarm reviews but in Plymouth the guys were on good form. They adopted the Brian Wilson approach of having a large backing band to actually play the tunes but all three have still got surprisingly strong voices (compared with Brian Wilson, Ian Anderson and others) and delivered pretty much their whole catalogue of hits. plus a chunk of songs from Head, their 1968 movie. 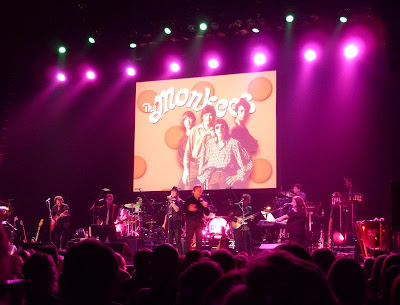 Davy looked a little hunched, Micky a bit chunky and Peter a little worn but they showed no signs of the animosity that had been suggested at other gigs. The screen behind showed extracts from their TV shows and, during the Head part after the intermission, a hefty slice of 1968 psychedelia - great stuff. 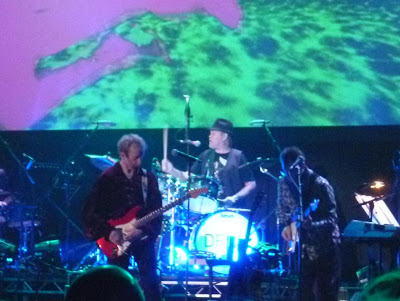 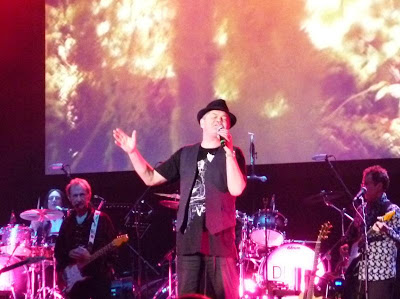 Micky disappeared behind the drum kits from time to time but when he returned showed all the stage presence of an old trooper. He led the final sequence of hits and the audience loved it. A nostalgic but not maukish evening of great hits. Brilliant. 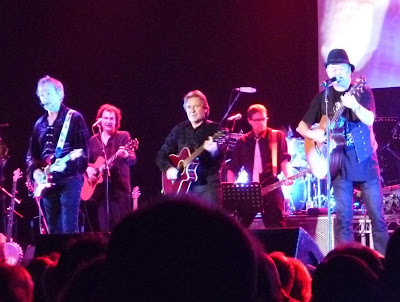 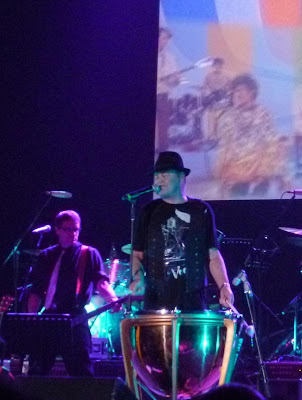 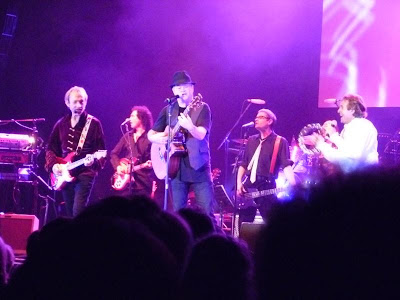 While you're at it, why not try a couple of psychedelic Monkee-related tracks. The first is Psychedelatrip's version of Carole King's 'The Porpoise Song' from Head (some serious phasing here).

The second is Lola Dutronic's version of 'The Porpoise Song' (best on headphones), complete with underwater belly dancing?   Far out, man ...

But if it's nostalgia you're after, try this: The original video for 'I'm a Believer'.
Posted by Steve at 21:10 No comments:

Peter Blake at the Holburne Museum

The Holburne Museum in Bath has had a £15m refit and extension, and was re-opened by the Godfather of Pop Art, Peter Blake, earlier this month. See the TV coverage on The West Country Tonight.

The opening exhibition (until September) is A Museum For Myself which brings together a small selection of Blake's collections and related artwork. Well worth a look (especially seeing the great man himself at the opening). The rest of the Museum has been completely remodelled and contains a collection of ceramics and paintings which are all displayed imaginatively. The highlights include a number of Gainsboroughs and the odd Turner.

The photos below give a taste of the re-opening and the Blake exhibition: 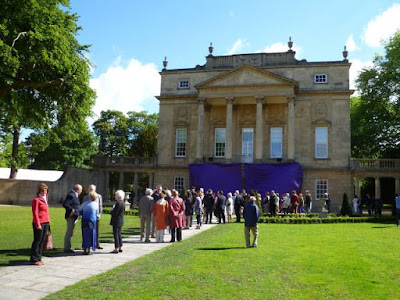 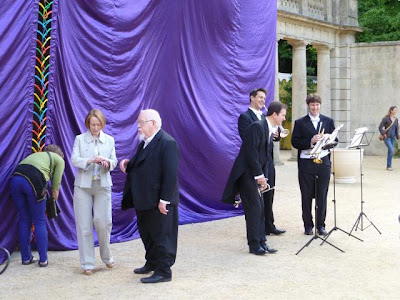 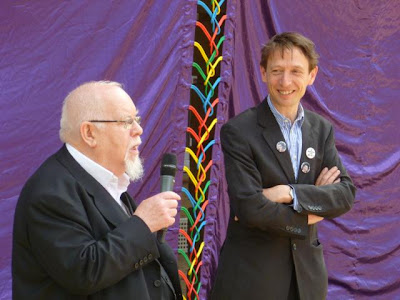 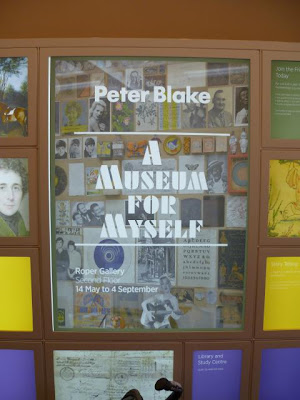 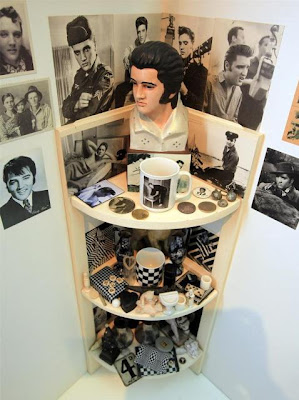 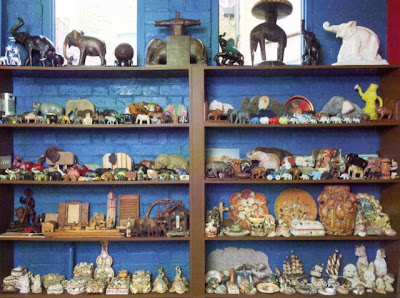 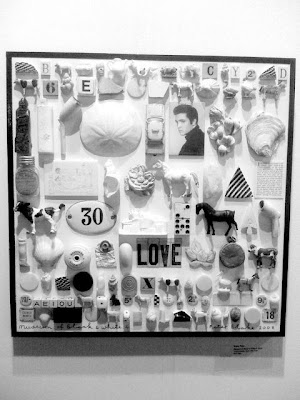 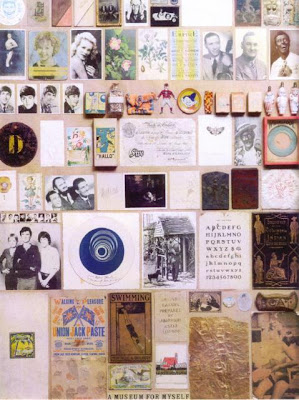 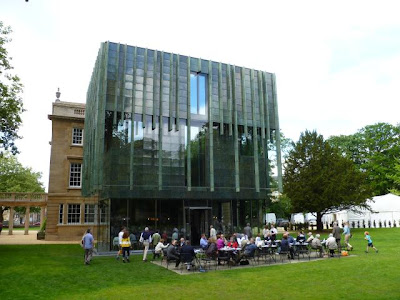 An excellent 144 page exhibition catalogue, with commentary by Peter Blake, is available from the Holburne Museum shop, together with the Elephants and 'Museum for Myself' postcards above, and lots of other PB related stuff. Access to the museum is free.

See also my post on Peter Blake at the Coombe Gallery, Dartmouth. 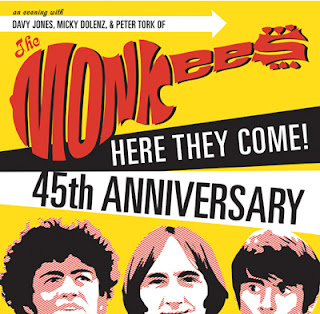 The Monkees (well three of them, anyway) are doing a 45 year anniversay tour.

This clip from Jools Holland's Later shows what they were like in 1967 and how they look and sound now. 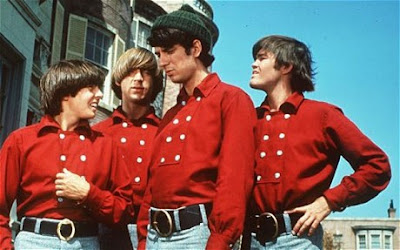 We're going to see them at the Plymouth Pavilions tomorrow night - Will report back ... Link to report 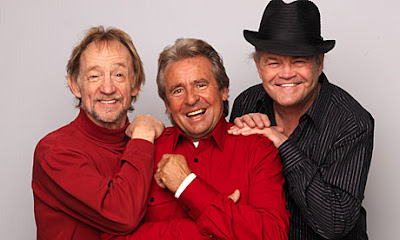 Email ThisBlogThis!Share to TwitterShare to FacebookShare to Pinterest
Labels: The Monkees

"Is Ringo dead?" is something that my kids ask me (after "who were the Beatles?" and "Ringo who?"). Well, it seems that he is still alive and is doing a short tour. And in the build-up to this he has done a surprisingly interesting interview with the Daily Mail - Eat your heart out, Chris Evans.

And talking of the Fab Four, here's a link to the Comic Relief clip featuring both the remaining Beatles and Smithy, which is worth a view. 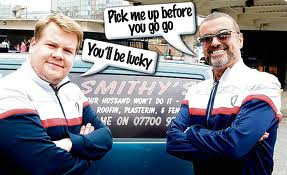 A - Don't really know. I guess that it's the next step after Facebook and Twitter. Having amazed a handful of Facebook friends (mainly relatives) and 2 accidental Twitter followers, now is surely the time to go for World Domination - isn't it?