In October 2015 I organised an exhibition entitled 'Art and Politics' at the TAAG Gallery II in Teignmouth. Artists who contributed were: Whitney-Anne Baker, Ruth Carpenter, Clare Heaton, Katie Scott-Hamilton, Karen Tarr and myself. During w/c 24th October TAAG recorded over 800 visitors, of which approximately half ventured into our exhibition ... 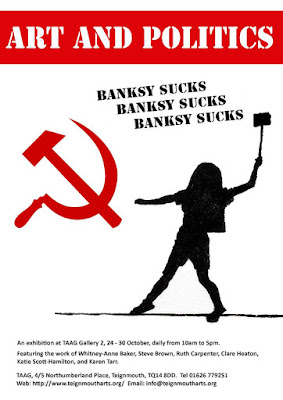 It was a successful week. I stewarded most of the time and saw some old friends, made some new ones, and had many interesting conversations with visitors about the exhibits and the nature of political art. During the week I sold 11 postcards and shared some work electronically, while Katie sold one of her 'Transient Skin' body pieces. 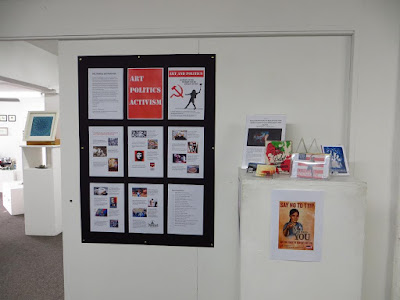 Over 30 survey forms about Art and Politics were completed by visitors. There were some really interesting responses but, in a nutshell, most of the respondents (over half of whom were artists themselves) welcomed politics in art and thought that it could help to make a difference. There were also some very positive unsolicited comments about the exhibition itself. Here is a selection of photos: 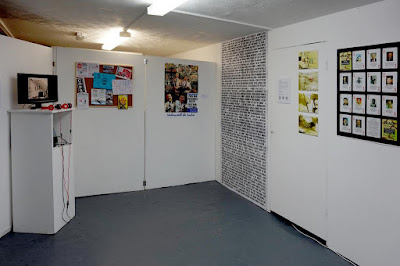 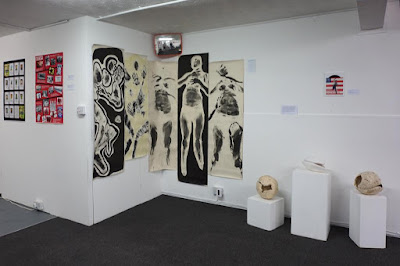 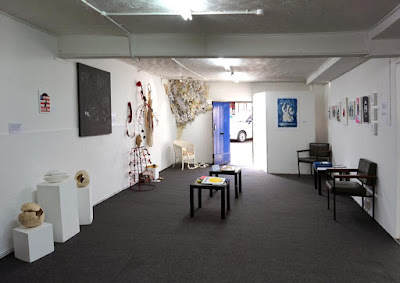 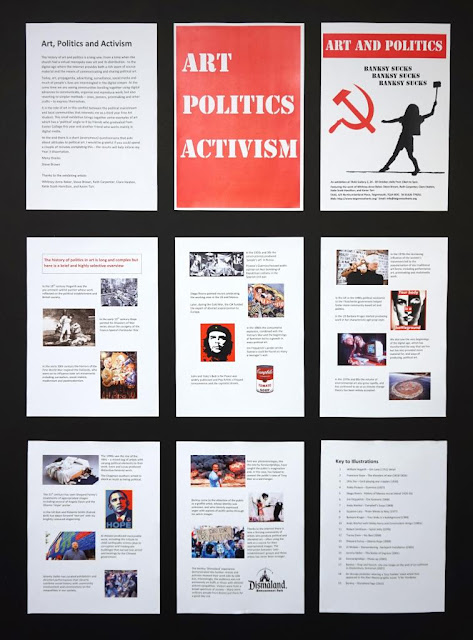 Many thanks to those who contributed work, to friends, and to everyone who visited the exhibition.
Posted by Steve at 17:17 No comments: