You will probably have heard by now that Spacex has lost most of its exhibition funding from the Arts Council, and as a result this will be last 'normal' exhibition that it will be showing for a while (showings are already limited to Thursday to Saturday). The gallery is bidding for funding which will support a future programme, but the outcome remains uncertain. However, in the meantime, you can record your support and/or recollections of Spacex on the Support Spacex website page. The more people that show their support for the gallery, the greater the pressure on the Arts Council to help fund future projects. 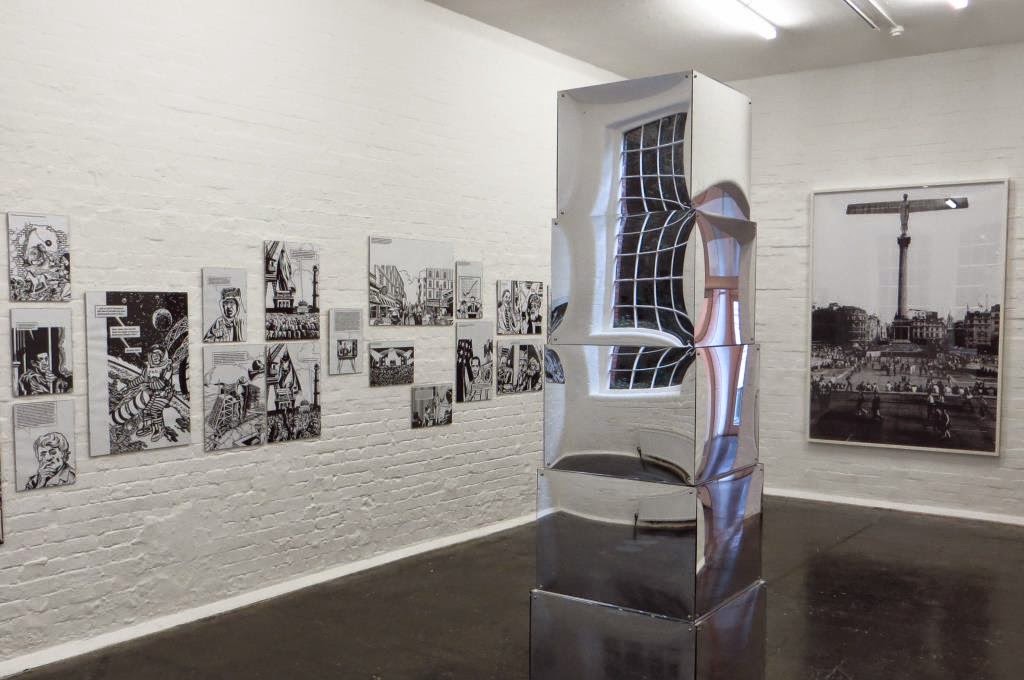 The current exhibition features the work of Scott King. As it says in the gallery blurb: "Scott King's work frequently addresses iconic and 'monumental' imagery, with the artist often producing prints and sculptures that refer to and question political ideologies". The work does not disappoint. The long wall in the main gallery contains a cartoon strip which tells the story of the Afghan government and their Western government sponsors commissioning Anish Kapoor and Antony Gormley to produce monumental art that will save the country, nurture captalism, and lead to a happy ending for the Western powers ... 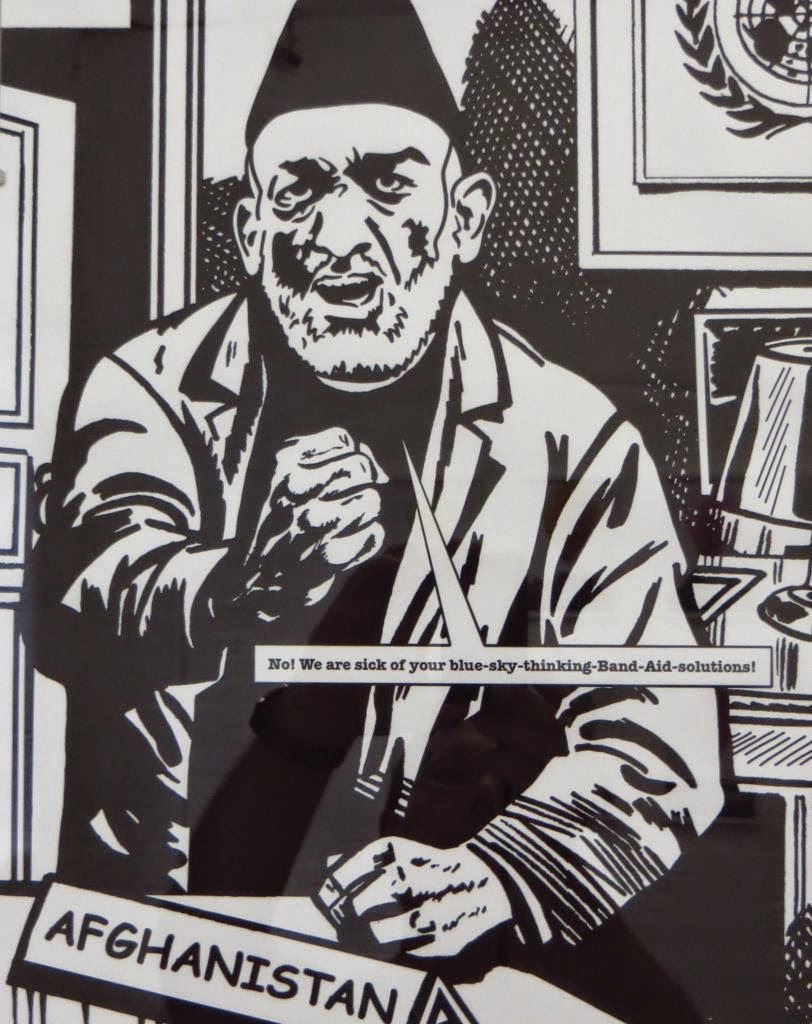 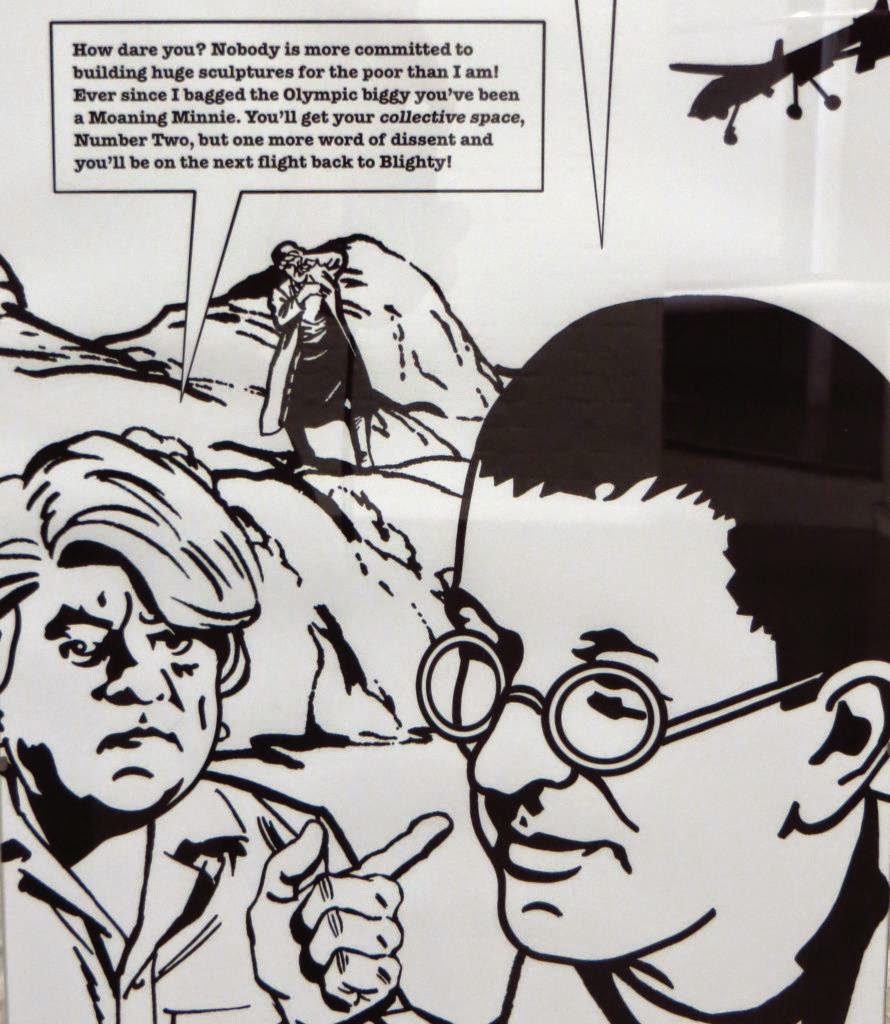 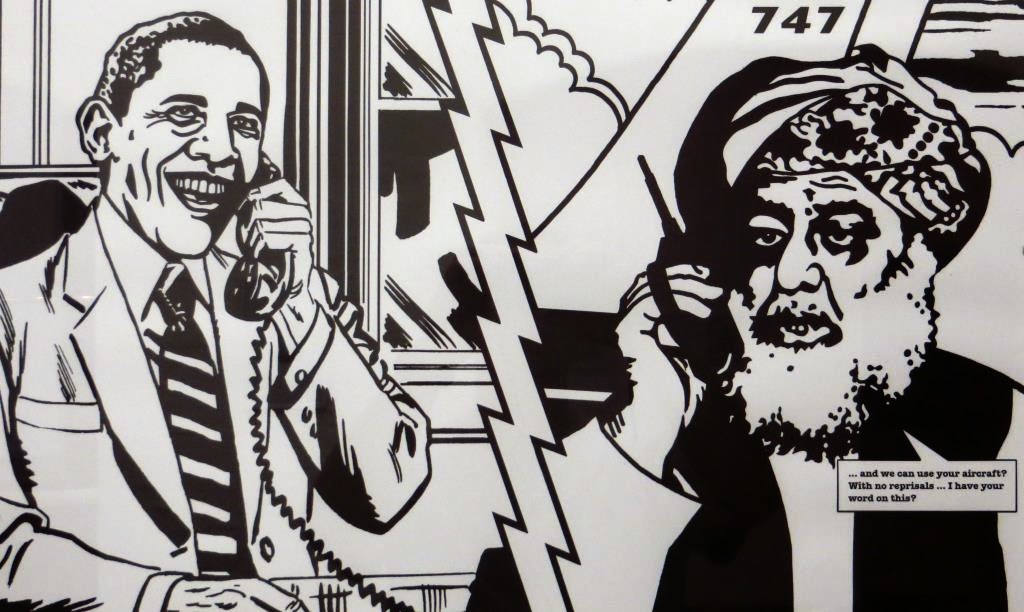 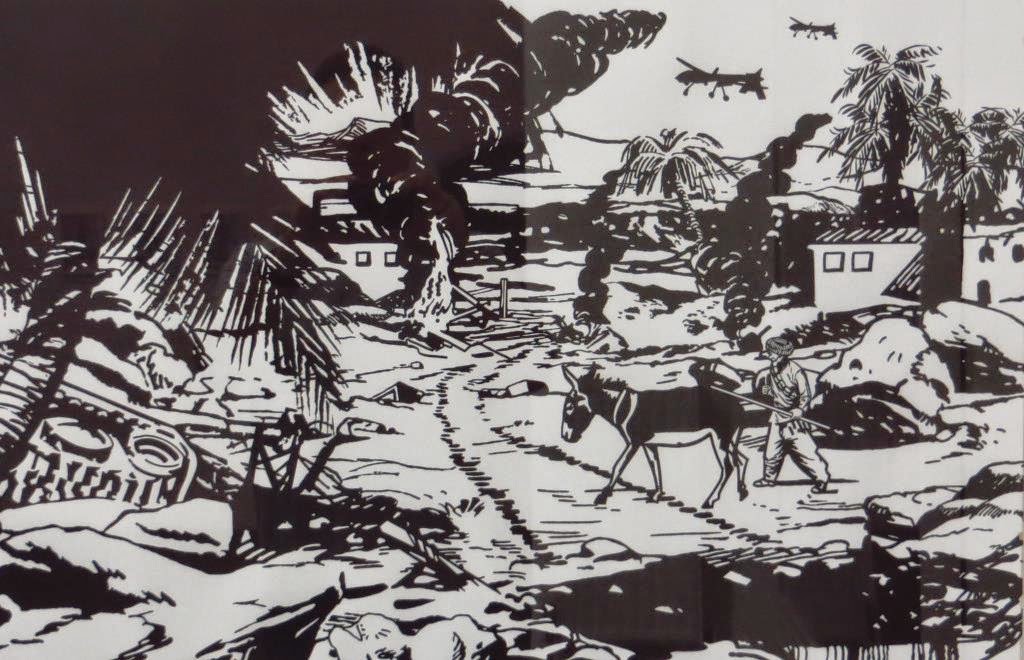 Other pieces include visualisations of deploying coloured balloons to regenerate rundown areas, and statues of Rock Gods in the Thames Estuary (I recognised a couple of the Feelgoods, and what I presumed to be Peter Gabriel, but the fourth geezer defeated me). 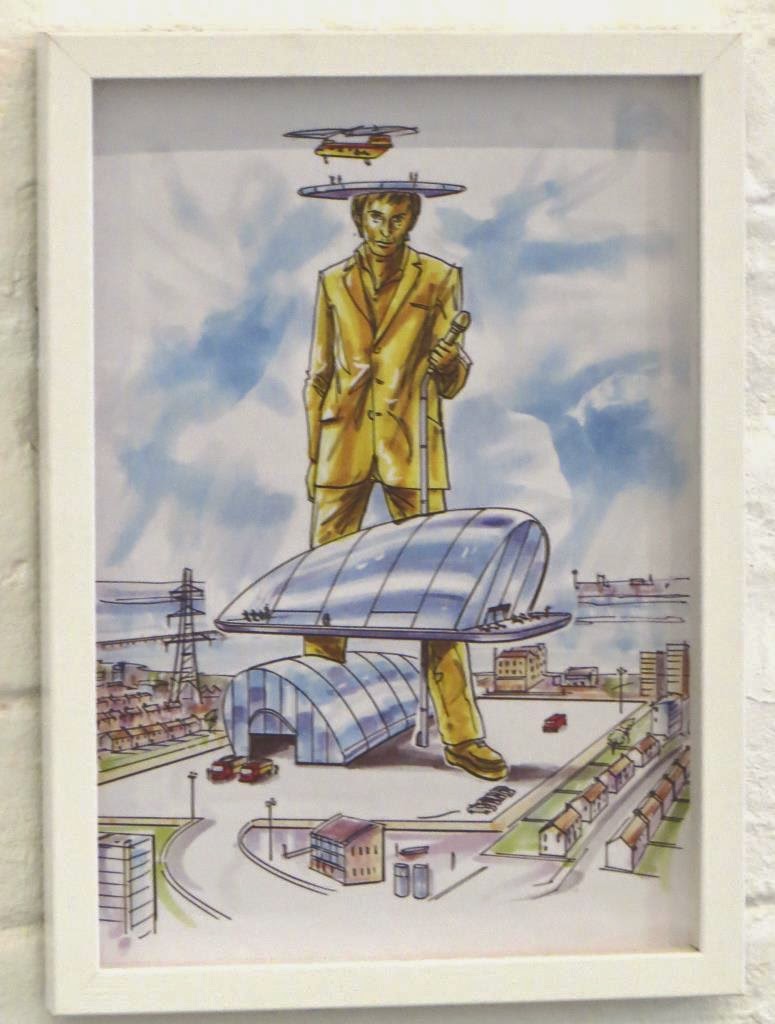 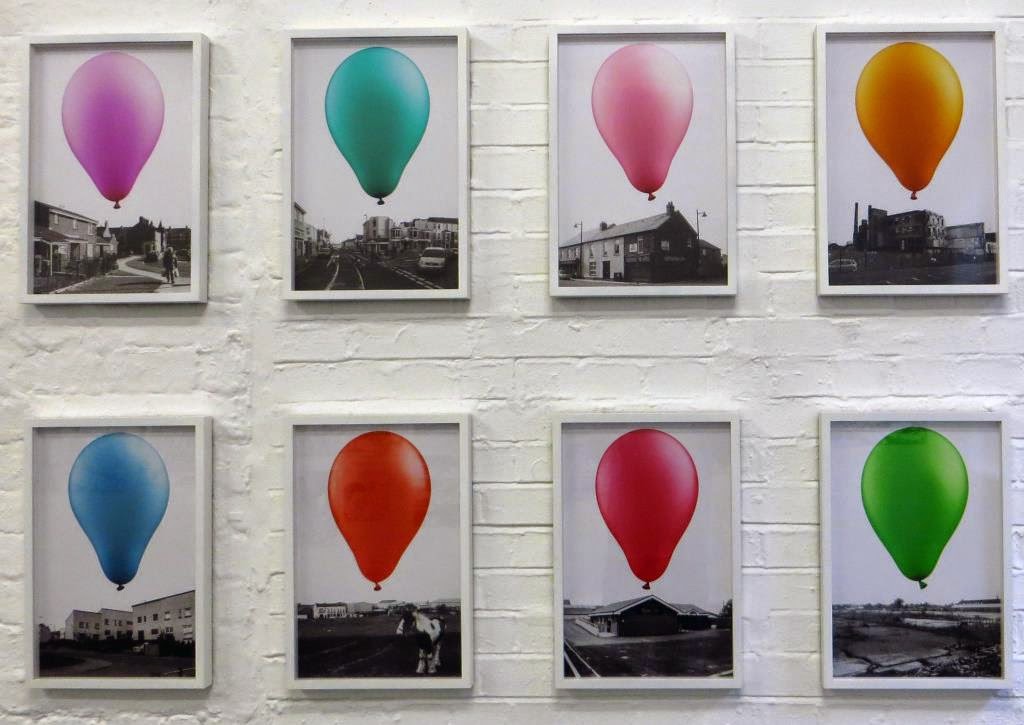 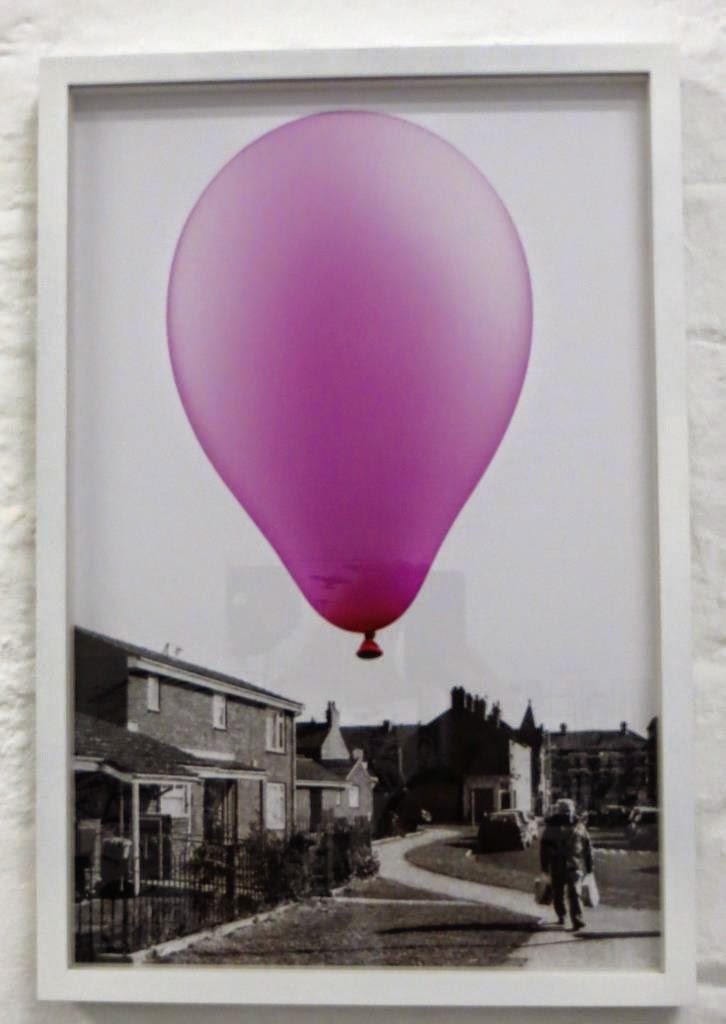 This is a cool exhibition, particularly if you have a thing for comics & politics and a scepticism about monumental public art (which I do), and is a good example of why Spacex is still relevant and needed in Exeter. Hopefully, if enough support is shown, Spacex will be back in business in 2015 (and, perhaps, a bit more user-friendly than in the past?) Who knows? 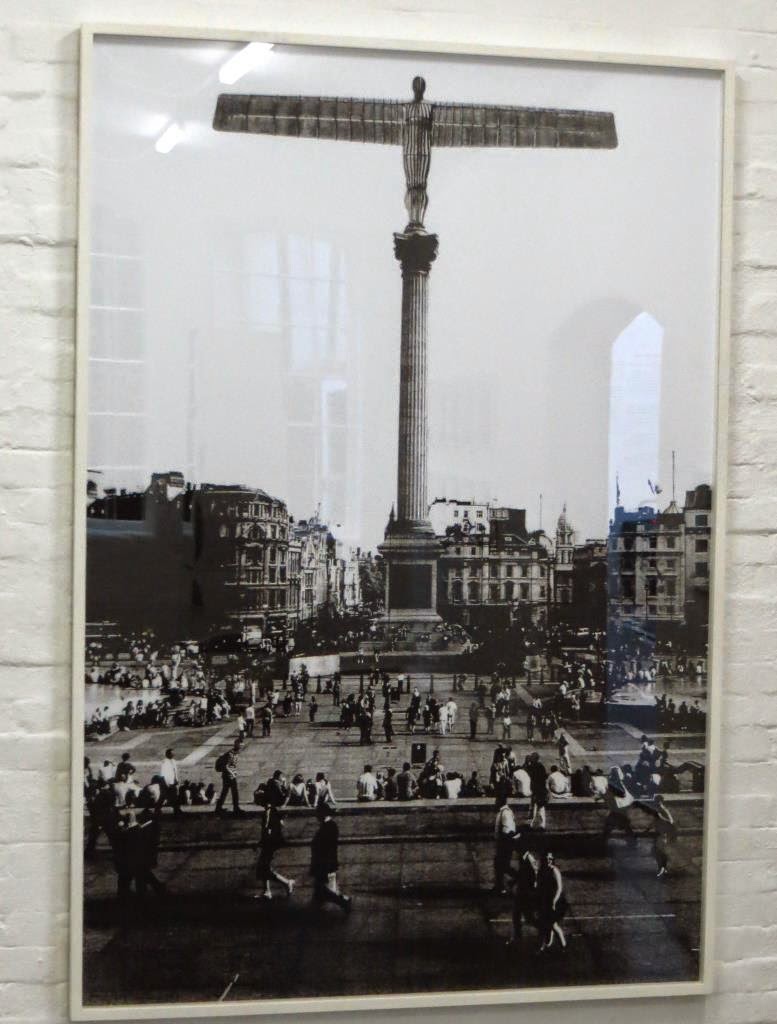 You have until 22nd November to see this show.
Posted by Steve at 21:53 No comments: