The Postmodernism: Style & Subversion 1970-1990 exhibition is coming towards its close at the V&A on January 15th. Here are some reasons why you won't want to miss it: 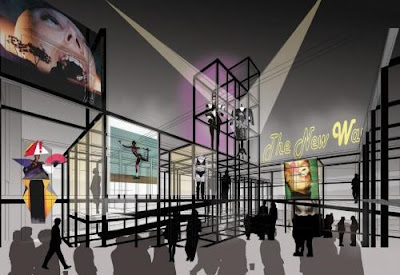 1. The exhibition interprets the term postmodernism liberally and does an excellent job of pulling together its disparate elements: Architecture, furniture, fashion, music, publishing, broadcasting, advertising, and money are all reflected here with an illuminating commentary. 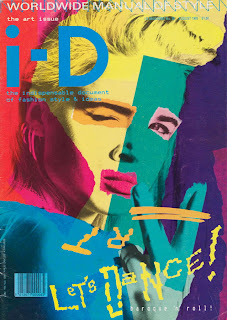 2. If you remember the 1970s, 80s or 90s with affection you will love the nostalgia value of the exhibits - which include Punk, Boy George, i-D magazine, Elvis Costello, The Face magazine, Blondie, Blade Runner, Devo, the Memphis design group, New Order and Kraftwerk - to name just a few. And it is fascinating to see these in the context of wider postmodernist trends. 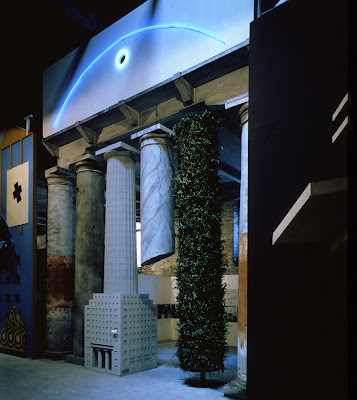 3. It's a big exhibition, both in its breadth and in the size of some of the exhibits - for example the full size reproduction of the Hans Hollein facade from the 1980 Venice Biennale (above) - a monumental portal at the exhibition entrance. You could spend hours soaking up the stuff that is on show. 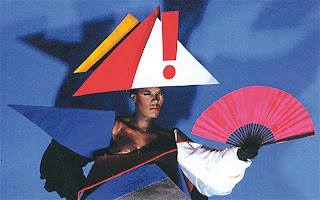 4. The V&A does a great job - in the 'club space' - of showcasing some typically postmodern acts of the time: Klaus Nomi, David Byrne of Talking Heads, Grace Jones (above), Devo, Visage, Laurie Anderson, and associated design/ memorabilia from the period.


5. Finally, while this is a serious exhibition, it has loads that will appeal to anyone who has been around through any of the past 30 - 40 years. There is something for everyone. Don't miss it, if you have the chance to go along.


Whet your appetite? Then take a look at the V&A Postmodernism trailer and check out the story of how the exhibition was created. If you're serious about Postmodernism, there is a detailed book of the exhibition available (paperback version is £25 from the V&A shop).


There is also a double CD and DVD of music from the period created exclusively for the V&A Shop. The set has 32 tracks and 18 music videos, spanning New Romantic, Electro, Krautrock, New Wave, and Hip Hop to present a curated postmodern mix of artists. The DVD is devoted to postmodern tendencies in music video, with artists such as Duran Duran, Grace Jones, Devo and Ultravox showing how they used the medium to express style, culture and anxiety about the future. 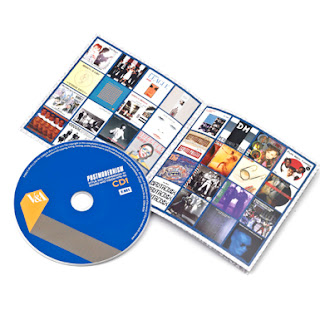 The limited edition gatefold double LP features exclusive artwork by Charles Jencks and an essay by the V&A exhibition curator. The tracks featured differ from the CD/DVD with music from Joy Division, Eurythmics, Television and many more. Both albums have been compiled by Abbey Road Studios, London, and contain rare mixes, alternate and live versions of selected tracks (per purplerevolver.com website - full track lists here).


Meanwhile, loosely related, over at Somerset House, The Dazed and Confused exhibition, which looks at 20 years of the magazine, is on until 29th January. It is also well worth a look and is free. There is a book Making It Up As We Go Along celebrating the anniversary, an extract from which can be found here in a piece in AnOther magazine.


And a reminder: If you're in London over the weekend it's the last chance to see the Gerhard Richter exhibition at Tate Modern, which ends on Sunday. The exhibition shows work from across his 50 year career, demonstrating his skill and versatility.
Posted by Steve at 01:47 No comments: