On Wednesday we travelled to see the William Klein and several other photography exhibitions on a trip organised as part of my Access to HE course. We didn't get to the Tate until 12.30 and time was limited, but the exhibition did not disappoint. 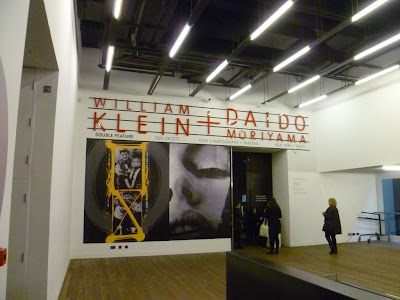 Klein has had an iconic role in image-making in the 20th century. He started as an abstract painter but went on to develop a much-imitated style of street photography and produce innovative fashion images. He also innovated both as a graphic designer and filmmaker. This exhibition gives an overview of all these achievements, followed by a show of the work of Daido Moriyama - a self-confessed fan of Klein. 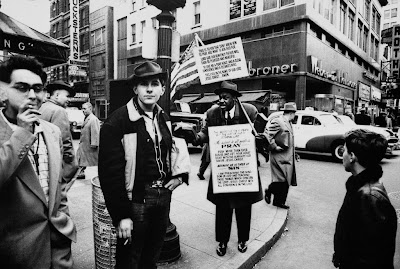 The first large room of the exhibition has several of Klein's most iconic prints blown up and covering the whole wall space. On the opposite side there is a bank of smaller prints, many of which will be familiar to photography buffs. However, anyone with even a slight interest in photography will be familiar with the style: Close-up photos of urban life which aren't pictures of people's backs but of their faces - people who are acting for and interacting with the photographer, or just taken by surprise. Everybody may take photos like this now, but it was Klein that did it first. 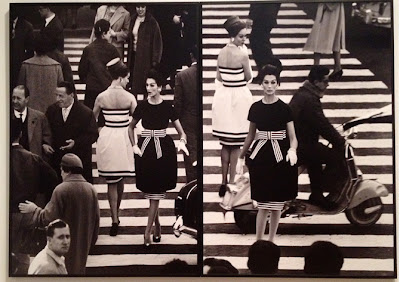 In room three there is a wider mix of subjects: Buildings, crowd scenes, kids etc, but the photos are all carefully sequenced - telling stories, as if in a photobook.  And mixed in with all this material are examples of Klein's fashion photography, including his iconic pictures of models parading amongst ordinary people on a zebra crossing. 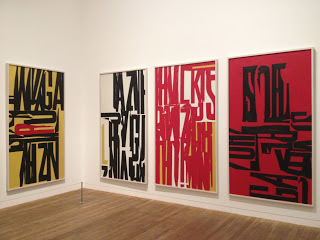 In rooms 4&5 we are introduced to Klein the abstract photographer and graphic designer. Here there are panels covered with abstract typography, and spreads from Domus magazine to which Klein contributed work, including photograms. The exhibition also illustrates how Klein transferred ideas from one medium to another and shows his photos of Dutch barns with their Mondrian resonances. In addition, in a side room, there is a fascinating video showing in which Klein himself analyses a selection of photographs - a tutorial in how to produce great photos. 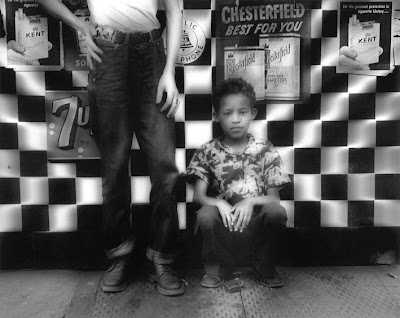 In room 6 we are shown excerpts from his films: Movies about Muhammad Ali and the search for Little Richard. A satire on the fashion industry Who are you, Polly Magoo? and more satire in Mr Freedom, which is definitely of the period (think Myra Breckinridge, Beyond the Valley of the Dolls etc). 1969 was a great year - unless you were in Vietnam or Czechoslovakia. 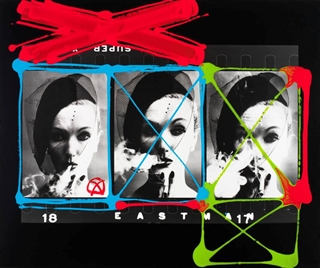 Finally, in room 7 we have Klein's contact sheets, which are blown up into murals and marked-up with enamel paint. 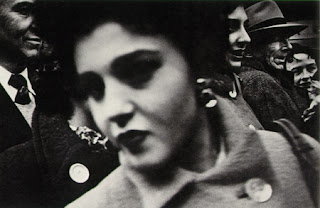 The exhibition is a tour de force. It is rumoured that Klein really wanted an exhibition on his own (given his reputation for petulance it would be surprising if he didn't) but we get a further half dozen rooms devoted to Daido Moriyama. Moriyama is a disciple of Klein and his style echoes Klein's urban photography. The Moriyama part of this exhibition is interesting but really it's a bit of an anticlimax after William Klein. 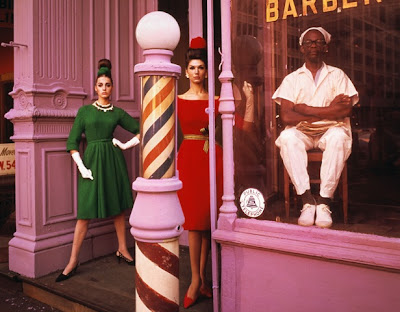 As Klein himself says, with each photograph taking 1/125 secs, the average photographer's body of finished work may only amount to 2 minutes. In Klein's case his contribution is immeasurably greater - You should see this exhibition (on until 20 January).
Posted by Steve at 00:58 4 comments: