10 Reasons to love Pipilotti Rist at the Hayward


1. She's got a cool name - Pipilotti Rist was born Elisabeth Charlotte Rist in Grabs, Switzerland, in 1962. As a teenager she renamed herself Pipilotti in honour of Pippi Longstocking, the fearless, funny and uninhibited heroine of Astrid Lindgren’s children’s books * 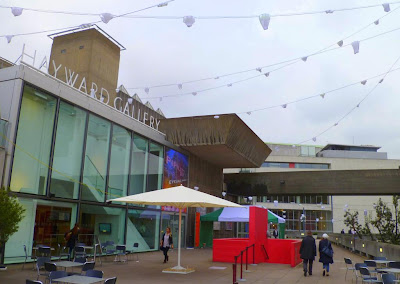 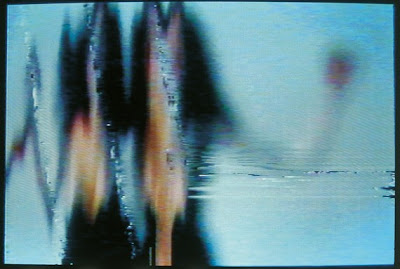 3. She uses technology in intriguing ways - She integrates video projectors and screens in unexpected things and places: tiny monitors are hidden in handbags or displayed on a gigantic lettuce, projectors are placed in a watering-can and a hanging saucepan, and a book, a vase and a chair are all used as projection surfaces * 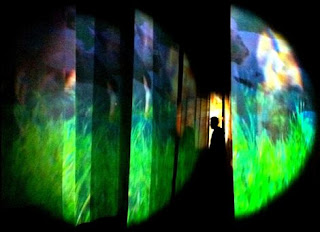 4. Her work is personal but is something that everyone can relate to - She believes that the objects that surround us contain memories and have stories to tell. She has progressively redefined the relationship between audience and art work, creating all-enveloping visual environments that place particular importance on the viewer *

5. She creates a parallel world and invites you into it - "When I close my eyes, my imagination roams free. In the same way I want to create spaces for video art that rethink the very nature of the medium itself. I want to discover new ways of configuring the world, both the world outside and the world within" * 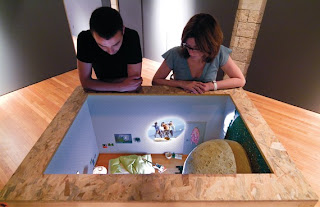 6. Her work is psychedelic - She fuses dazzling colour, sensual images and mesmerising music to create immersive video installations in which the visitors themselves become important elements * 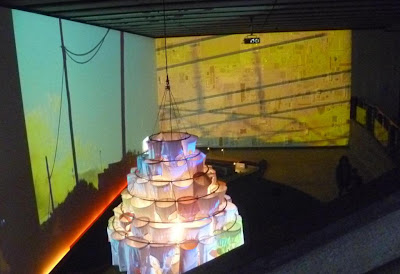 7. Her work is playful - She studied graphic design in Vienna, where she made Super-8 animation films, created stage sets for bands and did a lot of drawing. Deciding that she wanted to work with moving images, she returned to Switzerland to study video in Basel * 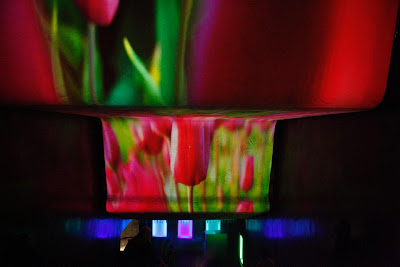 8. She loves music - Her first video work, I’m Not The Girl Who Misses Much, was made there in 1986 while she was still a student. Soon afterwards, she began working as a freelance video technician and joined the folk-punk band and performance group Les Reines Prochaines *

9. Her work is sensual in a 'nice' way - At no point is the content ever sordid, only ever a sensual exploration of the female and male form - Ann-Marie Rayney, Artists Insight 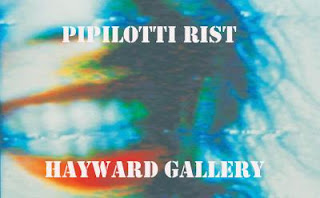 10. She presents a personal feminist viewpoint - Her works seem like necessary, important counters to a more mainstream image of women's bodies in film – an exploration of looking, spying, glimpsing - Laura McLean-Ferris, the Independent

Quotes marked with an asterisk above are taken or adapted from the Hayward Eyeball Massage website. The site also carries a lot of background information and a number of videos, including this taste of the exhibition:

And an interview with Pipilotti Rist:

If you want to read an excellent 'proper' review of Pipilotti Rist's exhibition see Adrian Searle's piece in the Guardian. And then go and see it (until January 8th).

Happiness is a Warm Gun features in Rist's I'm not the Girl who Misses Much 1986 installation (which is part of this exhibition). Here are some Beatle mixes that keen fans may enjoy: The left channel mix with unused Tuba overdub; the control monitor mix; the opal organ mix; and, of course, the original:

Finally, a Happy New Year to everyone - To finish up, here's a fun New Year's Eve game to play (courtesy of Mondo Blogo - click for more pics): 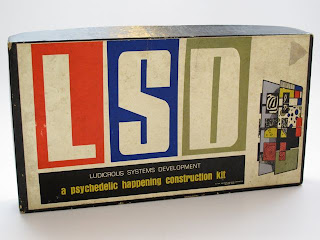 The good weather encouraged a record turnout of swimmers and onlookers at Teignmouth on Monday for the annual Boxing Day dip in aid of the RNLI. Here are a few photos of those brave enough to take part: 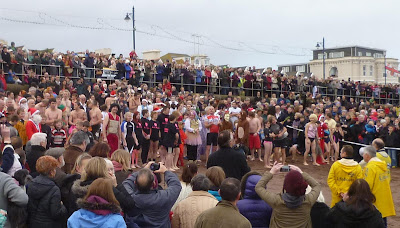 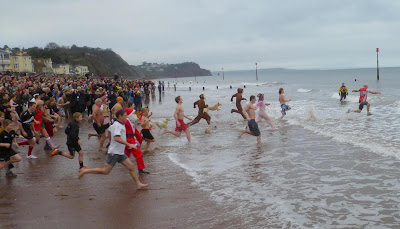 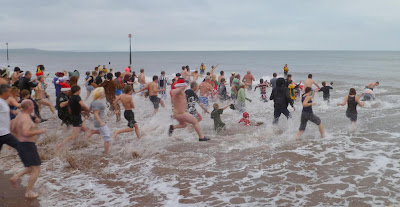 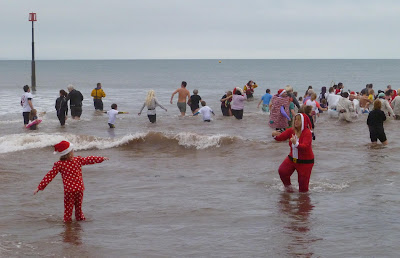 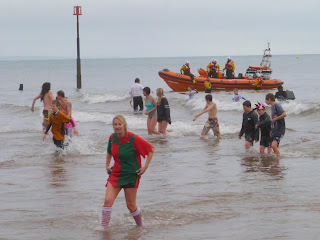 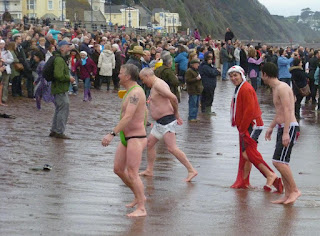 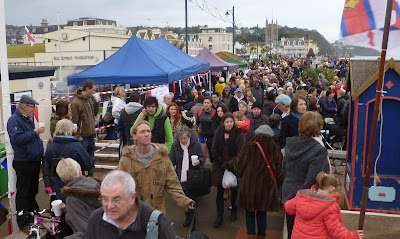 ... and Boxing Day in Teignmouth on the way to The Ship and home ... 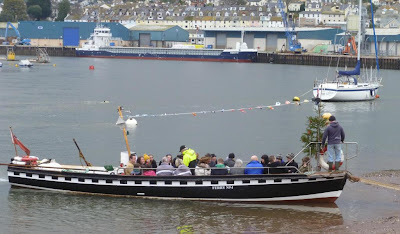 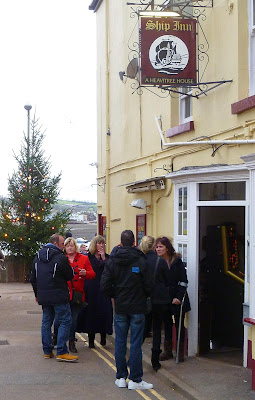 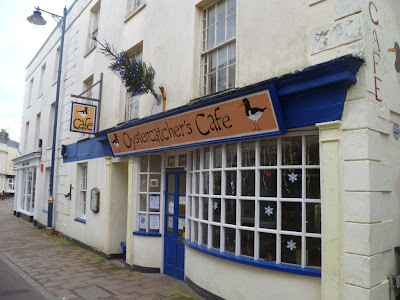 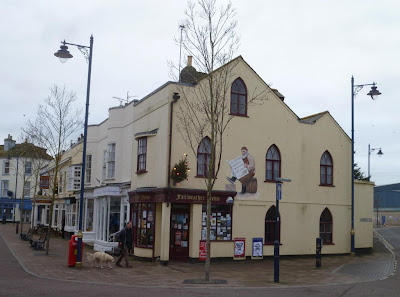 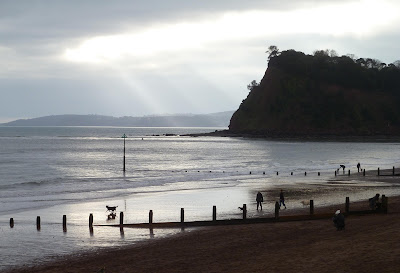 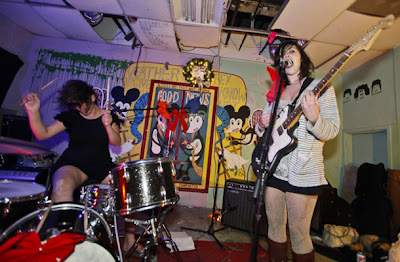 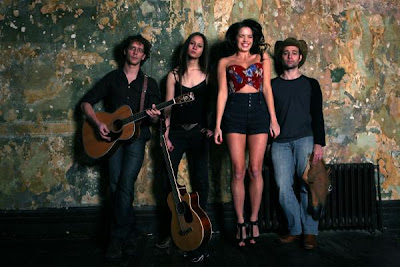 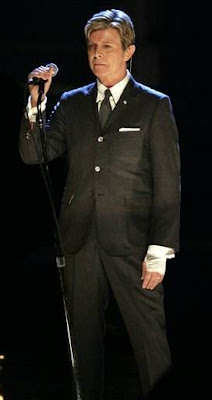 Life has been busy recently and I've been to more exhibitions/gigs than usual - so I'm afraid that the blog has got a little behind.  This is the first step in clearing the backlog and bringing the blog up to date.


Sadly, several of the exhibitions I've seen are now finished, including: the excellent Frank Stella - Connections at the Haunch & Venison; the British Art Show 7 - In the Days of the Comet at Plymouth; the Fishstock festival at Brixham; and Steeleye Span - the Now We Are Six tour at Babbacombe. I'll post a few photos & stuff from these soon, but the real point of this post is to recommend some stuff that you can still get out to see over the next few weeks before they finish - stuff which, IMHO, should not be missed.


At the V&A there is Postmodernism: Style and Subversion (to 15 January) - an exhibition which shows the impact of postmodernism on popular culture as well as on architecture and design; at the Hayward, Pipilotti Rist has put together a great quirky and psychedelic show Eyeball Massage (to 8 January); at Somerset House, Twenty Years of Dazed and Confused (to 29 January - free) picks over some highlights from the magazine's history; and at Tate Modern, Gerhard Richter - Panorama  (to 8 January) shows why this artist is so impressive. These are all well worth going to see.

See my updated posts: 10 Reasons to love Pipilotti Rist at the Hayward and 5 Reasons to catch 'Postmodernism' at the V&A. 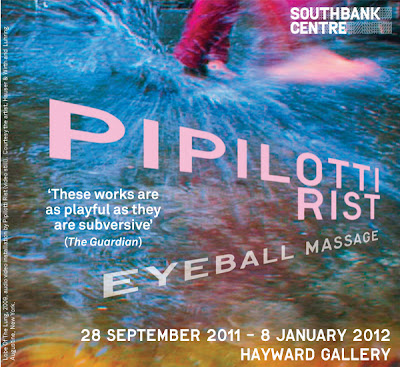 Others which are still running include the Power of Making at the V&A (to 2 January) - this is free and can be fitted in alongside a visit to the Postmodernism show; John Martin - Apocalypse, at Tate Great Britain (to 15 January) - this one is interesting but I wouldn't say overly compelling; and the Indiscipline of Painting - international abstraction from the 1960s to now, at Tate St Ives, which I found a bit disappointing, but nevertheless worth a look at just six quid ...


Here are some more upcoming events and stuff that may interest you: 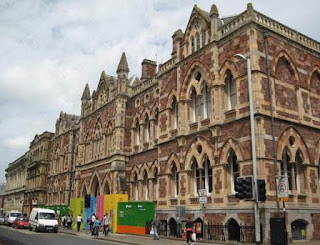 The Royal Albert Memorial Museum and Art Gallery (RAAM) in Exeter finally reopened this month after a long closure for refurbishment. There are three exhibitions which can be seen in the new galleries: Early British Photographs from the Royal Collection; French and British paintings from Impressionism to the early 1920s; and The Road to Rome - Artists and Travellers on the Grand Tour. In addition RAMM has commissioned a piece called Ghostwriter from Blast Theory - an artist group using interactive media - which can be accessed and interacted with by visitors as they enter the museum. Blast Theory are also exhibiting more extensively at Exeter Spacex until 18 February. 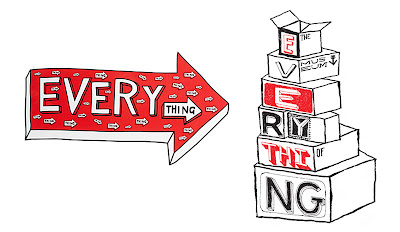 The Museum of Everything is having a two week sale until the 22nd December. This includes The Catalogue of Everything from exhibition #1 for £10 - which is good value, compared with £180 for the Books of Everything covering exhibitions #1 to #4. For £10 you get 20 12"x17" pages with descriptions of, and colour illustrations by, many of the contributors to exhibition #1, including a large section on Henry Darger.


Folk - Phillip Henry and Hannah Martin's full back catalogue is now available for downloading. This includes Phillip's first solo album, About Time (2005), Live at Bath University (2009), and The School of Trobar - Love Songs and Trance Hymns (2007). These cost £6 - £8 each. Hard copies of Singing the Bones and Live in the Living Room are also available. 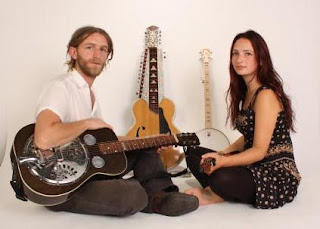 Finally, Stargazy Pie - a festive group show by the New Street Artists co-operative - is on in the (smallish) third room at the New Street Gallery in Penzance until the 23rd December. Worth a look if you are in Penzance. 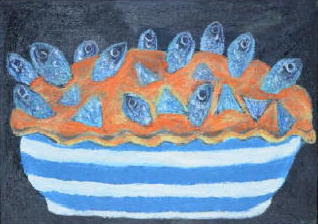