It's been almost a month since I last posted - partly because life has been busy, partly because of blog weariness ... Anyway, I thought I'd give blogging another go but refocus a bit, so that it isn't so time-consuming. That means fewer hyperlinks and less uploads to YouTube. Who has the time to do that when you have to use the dismal service provided by Talktalk?

In the past few weeks I've seen John Renbourn & Robin Williamson playing the Phoenix and Joan Baez at the Plymouth Pavilions. Both were ok, but for me both performances were a bit disappointing - perhaps it's just that we are all getting older and it's depressing! Anyway I'll post some photos etc from these gigs in a while.


However, for now I'll kick off this blog restart with photos of some great wood and stone sculptures that were on show at the Birdwood Gallery in Totnes a couple of weeks ago. They are by Bruce Kirkby, who worked as a geologist before training at Weymouth College of Stonemasonry and becoming a stonecarver. 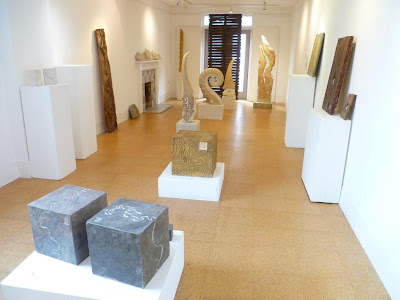 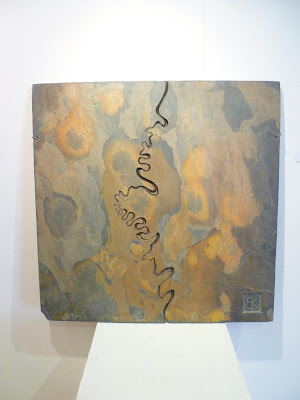 Bruce's website explains that his panels are based upon folded quartz veins seen in exposed rocks, on the coast of Devon and Cornwall or further afield in Nepal. Although they are based on a small scale geological feature, they mimic large scale features such as rivers seen in satellite imagery. 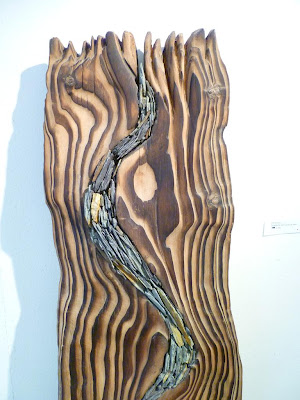 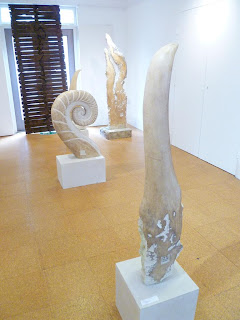 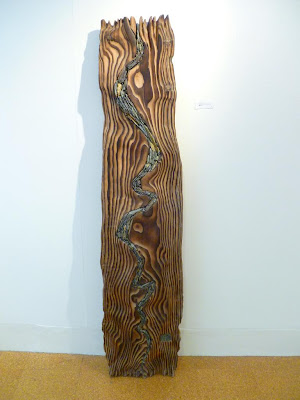 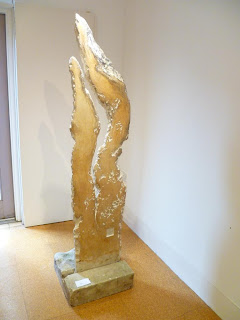 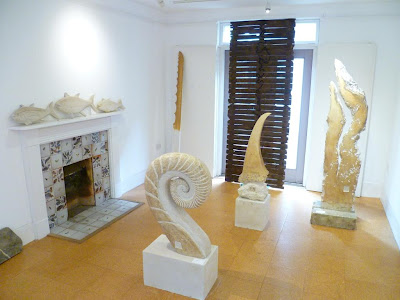 Bruce Kirby provides masonry, carving, sculpture, restoration, lettercutting, and stone work for Acanthus and their website showcases the full range of his skills.
Posted by Steve at 00:41 No comments: