This weekend is the last chance to see Michael Craig-Martin's Alphabet exhibition at Hannah's, Seale-Hayne. 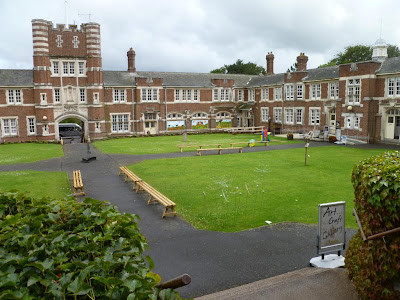 Unfortunately the exhibition itself (which is touring from the Hayward) is not very memorable. It consists of the 26 letters of the alphabet against backgrounds showing simple line images of individual objects.The letters and the objects do not correspond (like you might expect in a children's ABC).

This is ok but there is little explanation and these are really only the building blocks which Craig-Martin has used in his recent work. It does not make for a very satisfying show. The exhibition publicity says: "Michael Craig-Martin is one of the most influential British artists of recent decades. He was a key figure for the YBA generation of artists, whom he taught in his capacity as tutor at Goldsmiths College of Art."

However, this exhibition gives few direct clues about how he influenced the YBAs, as the direction of his work has changed significantly over recent years. To get an idea of his influence you'll have to visit his website. Nor are any of the more complex pieces (which Craig-Martin has produced using his alphabet building blocks) shown in this exhibition - which is a shame. Examples of these, incorporating images by other artists, are shown below: 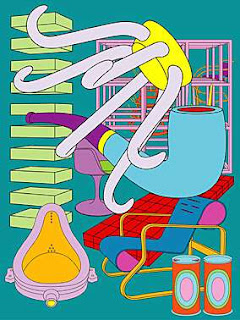 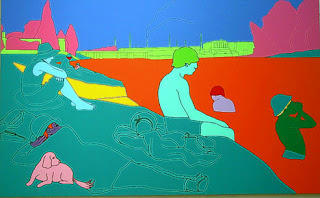 In the following interview Michael gives an interesting explanation of his approach to developing his alphabet, the related images, and the more complex works:

The exhibition does have a copy of Richard Cork's excellent book about Michael, which you can peruse and which is far more comprehensive. It includes examples of all his work, including his later large scale images, such as these: 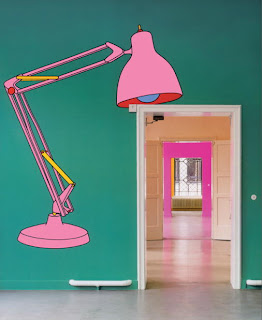 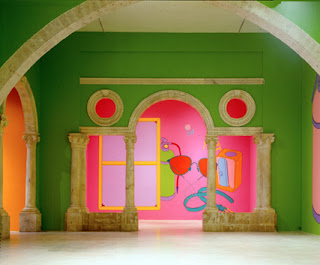 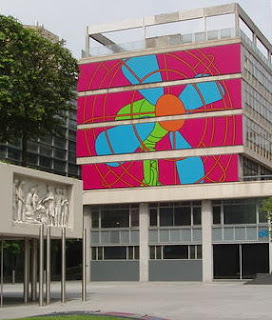 In short, if you are expecting an illuminating exhibition about Michael Craig-Martin's work, this is not it. However, whether or not you are able to get along to the exhibition this weekend, I can recommend a visit to Seale-Hayne - particularly when the weather is good. Apart from housing Hannah's Trust, which provides care for children with disabilities, the buildings house artist studios, a bistro, a coffee/cake shop, gift & retro shops, and a gallery showcasing the affordable work of local artists. It's located just off the Newton Abbot to Ashburton road between the golf club and Trago Mills. 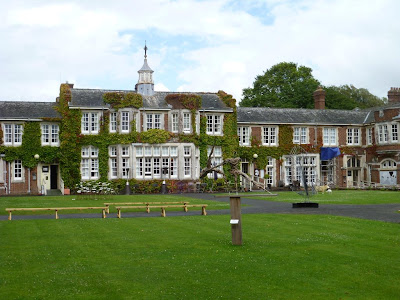 The Alphabet exhibition goes on to show at Peterborough, Norwich, Harlow, Winchester and Canterbury through to next March.
Posted by Steve at 23:50 No comments: