A week ago we ventured out reluctantly (given the temperatures) to see Mike Heron and the Trembling Bells at Exeter Phoenix. It had been billed as a standing gig, so we were relieved to find that the venue had actually been laid out with tables & chairs and that the evening was not going to be a repeat of the Johnny Marr sweat-bath a week or so earlier. I must admit that I wasn't familiar with the Trembling Bells and that my knowledge of Mike Heron really dated from Changing Horses - an album recorded after Heron and Williamson had given up drugs and converted to scientology which, unsurprisingly, was not regarded as one of the Incredible String Band's best. 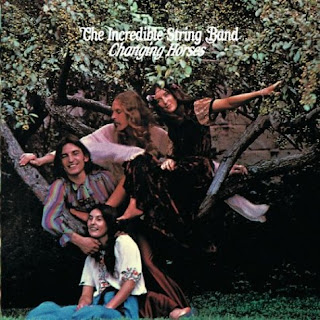 However, from the moment that they took the stage we could see that we were in for a good night. Although most of the Mike Heron songs predated my String Band days, his unique delivery was unmistakeable and the arrangement of the songs by the drummer, Alex Neilson, was appropriately hippyish, with plenty of percussive and other folky effects. As luck would have it we found ourselves sitting next to Deb and Jez Winship. Jez has done a brilliant review of the gig on his blog Sparks in Electrical Jelly which traces the origins of many of the songs to relevant String Band albums and also fills in with information about the Trembling Bells material. So rather than try to top that (as if I could) I have just posted below a selection of photographs from the evening: 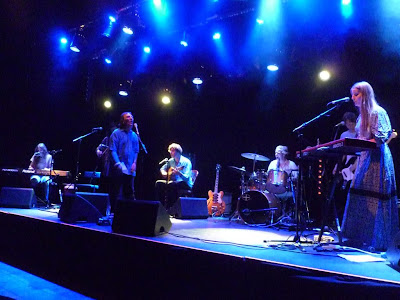 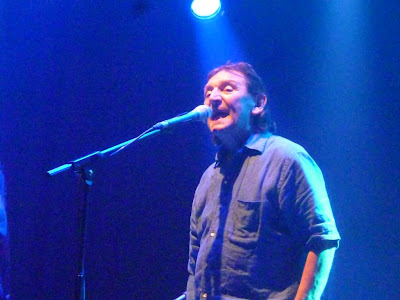 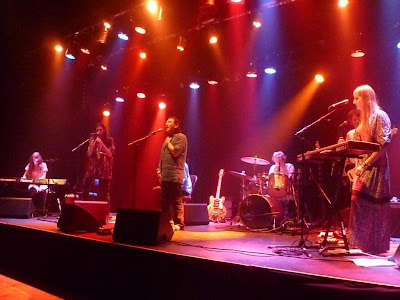 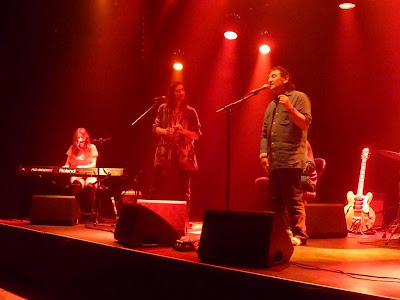 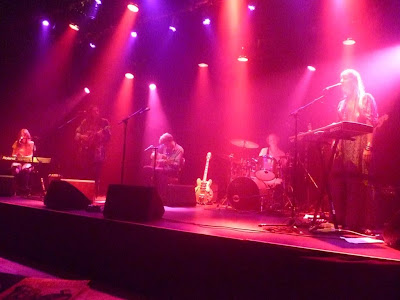 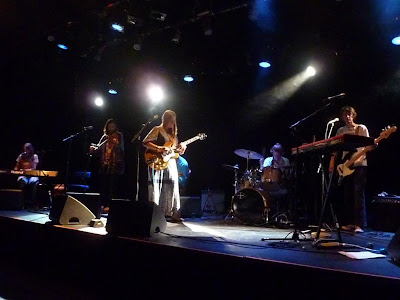 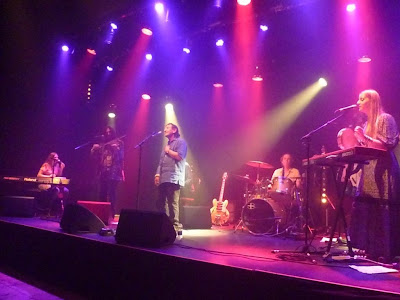 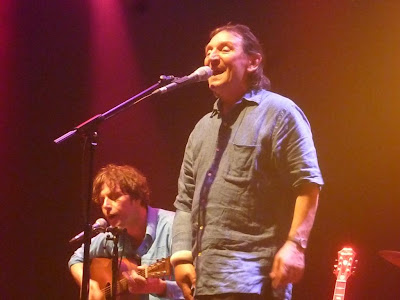 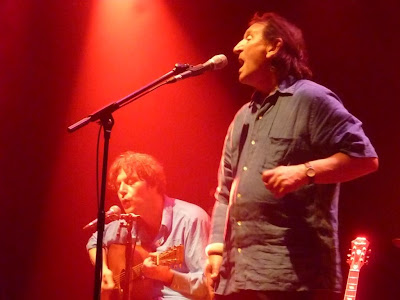 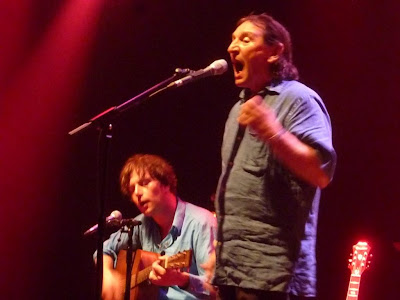 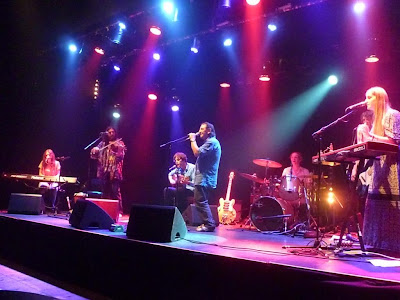 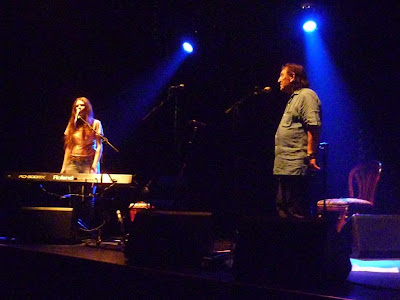 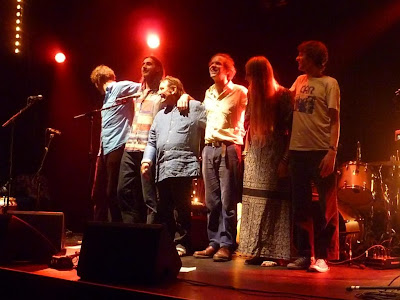 I've just looked back at my blog and it was April 2012  when we saw John Renbourn & Robin Williamson at the Phoenix. That gig was a bit disappointing (although Renbourn's guitar playing was masterful) and as a result I never posted any photos - but I may get around to doing that soon. Suffice it to say that Mike Heron and the Trembling Bells provided a far more satisfying evening and I will be looking out some of those older String Band albums that Jez mentions in his review, as well as investigating the recorded output of the Bells. To finish up, here is a taste of Mike Heron and the Trembling Bells doing Log Cabin Home in the Sky at the Hyde Park Picture House:

It's a while since I've posted anything about TAAG in Teignmouth. Earlier this month, however, I saw the excellent exhibition Woman’s Voices – the Journey for Women in the Arts in the garage part of the gallery.

The exhibition included a wide range of work, including some by Anna Grayson who, alongside me, has been attending the Access course in Art and Design at Exeter College over the past year.

Next week Anna is putting on another show of her work and that of her friends, which should also be worth a look. The exhibition will include a number of names familiar to regular patrons of TAAG. I have reproduced below an article from the Teignmouth Post containing further details about Anna and the other contributors: 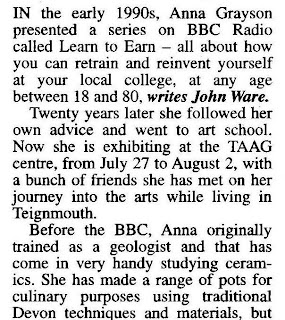 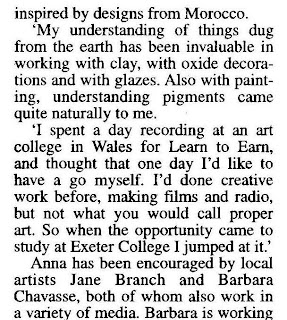 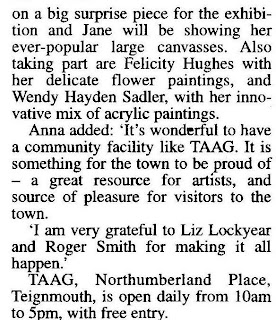 So if you are in Teignmouth next week - from Sunday July 28 - I recommend that you look into TAAG and check out what's on show.

Johnny Marr played Exeter last Friday. The Phoenix was packed and it was a hot evening. Marr played a set from his solo album, The Messenger, stuff from the Smiths repertoire, and one from his time with Electronic. 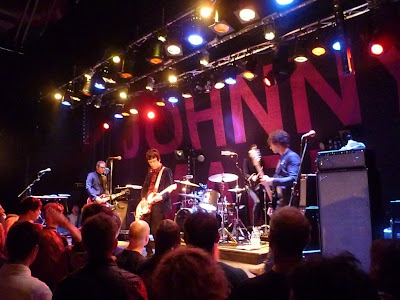 He was styled as an ageing mod - a younger Paul Weller (but still too old for the look). He soon shed his velvet jacket due to the heat. The audience included some middle-aged blokes intent upon reliving their pogoing youth, and students who seemed surprised by the antics of the older contingent. 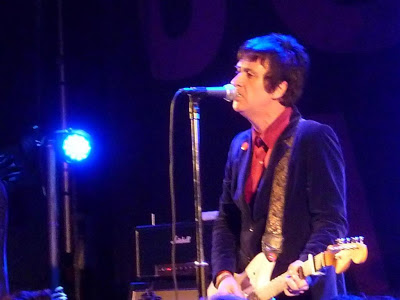 Marr played his trademark jingle-jangle guitar. The solo stuff went down ok with the audience but often lacked musical hooks and relied upon thrash and strum. Nevertheless, he was astute enough to throw in some old favourites: Big mouth strikes again; I fought the law; There is a light that never goes out; and, memorably, Getting away with it, and How soon is now? Marr is no Morrissey vocally but he was good enough for the enthusiastic crowd. 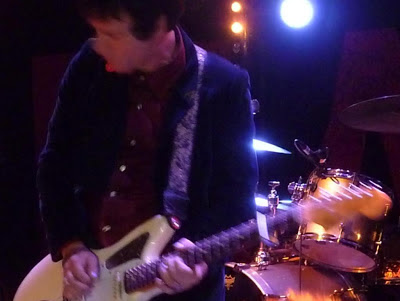 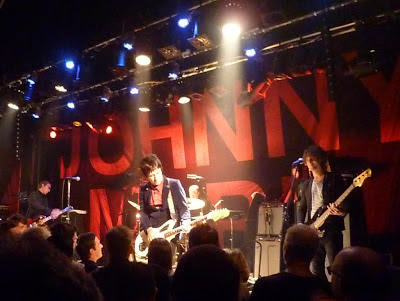 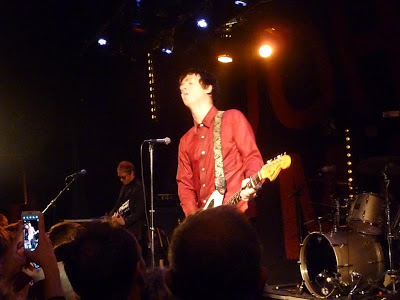 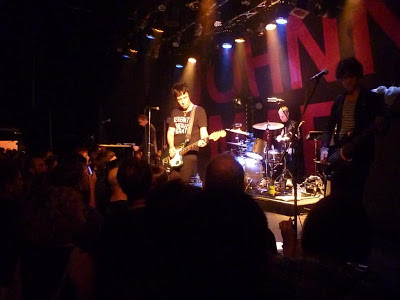 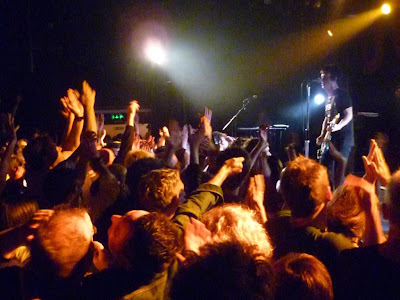 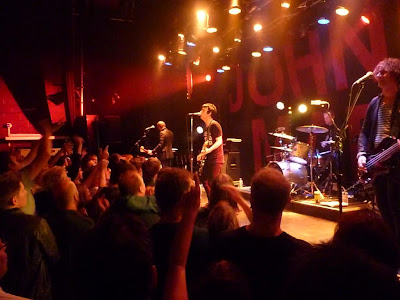 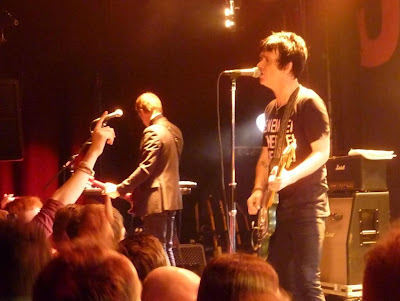 At the end of the night the punters all had a good time and Marr & his band left them sweaty but happy. I didn't take any video but here is a clip of Johnny and band doing How Soon Is Now? on the Jimmy Fallon show: