Facebook reminded me of this walk around part of Totnes two years ago (September 2015), led by Phil Smith. I thought it was worth reposting it here. The walk was advertised as follows:


Phil Smith, a pioneer of mythogeography noted for his mis-guided tours and books on walking, will illuminate the mottled history of a small part of the Western bank of the Dart with accidental land art, zigzags, bullets in joists, tales from Gdansk, and migrant oaks. In the shadow of the new housing development, walls will rise and windows open all around. He will set in motion a multitude of journeys around the wharf and its neighbouring paths which may include butterfly flittings, cargoes of timber trading, circling buzzards, the magnetic attraction of mines, leaps, launches and the spongy walk of Scandinavian sailors.

The walk did not disappoint. As I said in my facebook post: Phil's storytelling was as entertaining and mystifying as ever. 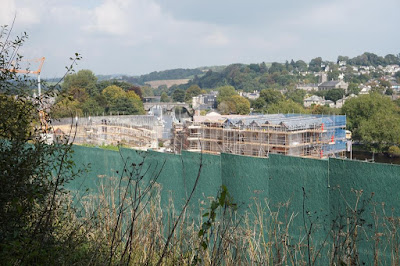 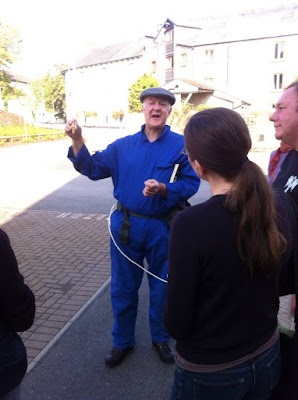 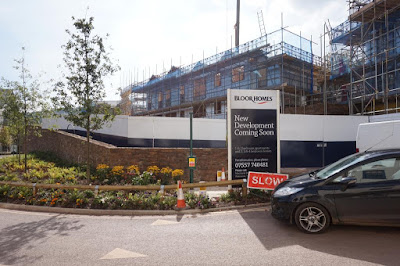 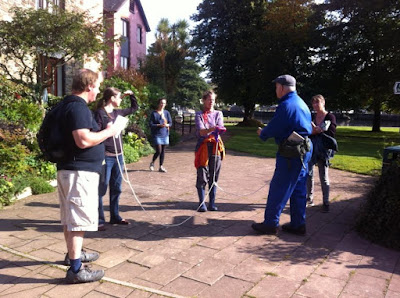 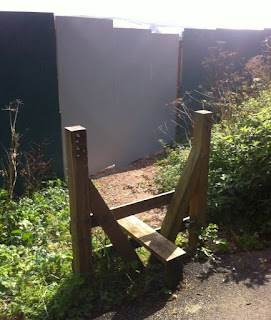 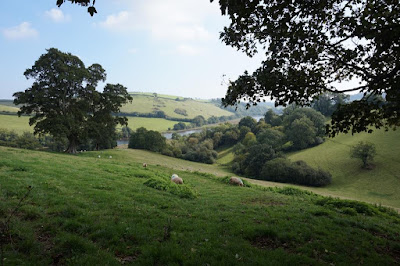 "I gasped when I was suddenly confronted by this view. It looks like an idea of Nature constricted in a Picture. Because that's what it is. A country estate, its grasses 'mown' by sheep farming, its oaks 'tastefully' planted rather than thinned by deer. It's the construct that, in this part of the world, has been passing for a natural world for a quarter of a millennium." (Phil Smith) 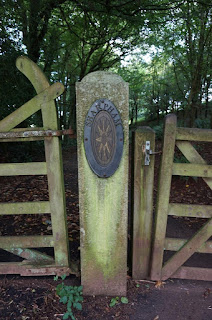 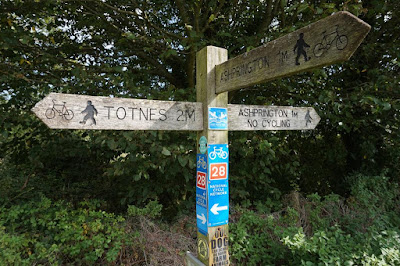 The walk started at Baltic Wharf and then moved uphill to Sharpham Drive, the Sharpham estate and to the edge of open countryside, before we ran out of time. I don't recall the detailed stories and couldn't retell them anyway but it was like peering through a fence into another world ... 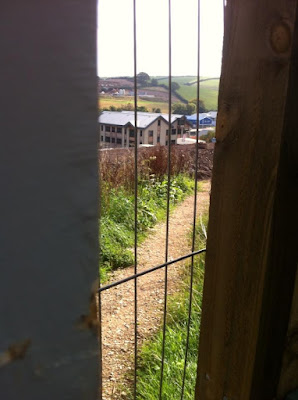 The PCA Fine Art Degree Show took place at the Regent Street Studios during June 2017. Here are some photos from the exhibition. 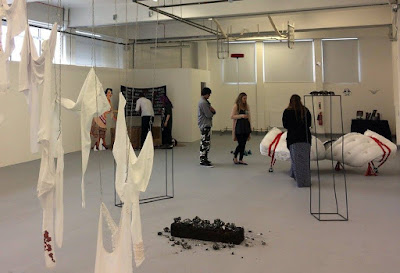 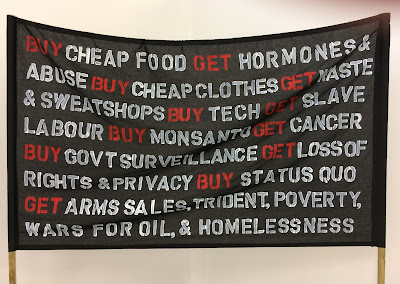 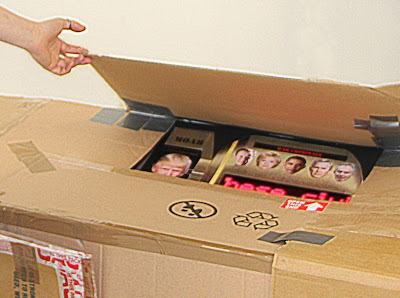 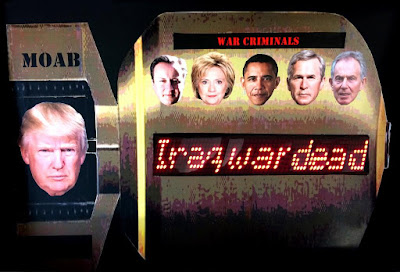